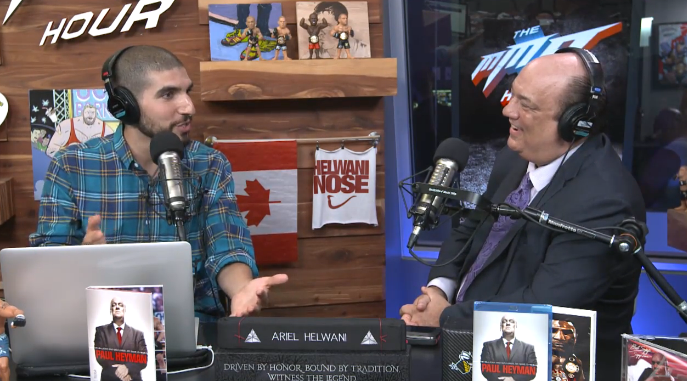 Ariel Helwani hasn’t had Paul Heyman on The MMA Hour for four years. Until now.

Heyman had the night off from Raw in Austin on Monday and joined Ariel Helwani in the studio to do the MMA Hour.

Helwani said that of all the interviews he’s done, the one he hears about most is the one he did with Heyman several years ago.

Without spoiling the conversation, as you’d expect, there’s lots of Lesnar talk including a fight that was rumored to happen and never did as well as his take on Lesnar’s health during his years in the UFC. He talks about CM Punk. He also discusses his time working with Scott Coker.

He also has some opinions on the UFC’s current product and who is their biggest star.