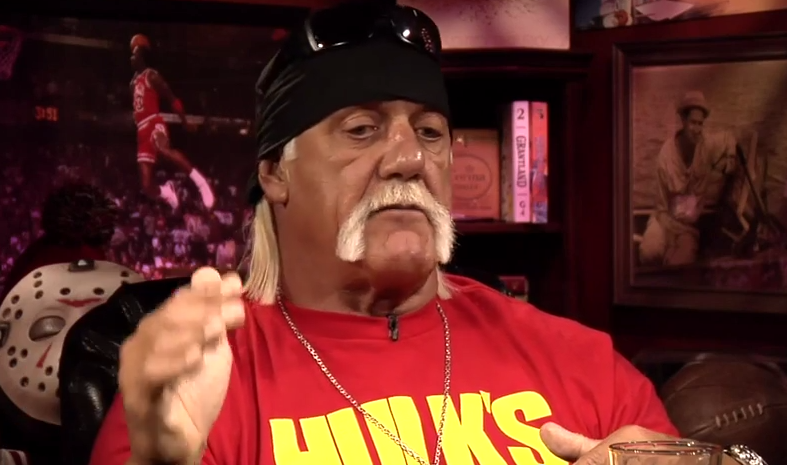 Hulk Hogan was on the Grantland Podcast Cheap Heat and discussed the Ultimate Warrior.

In the ramp up to SummerSlam, Hulk Hogan created a bit of a controversy by talking about the Ultimate Warrior.

The interview is down below in two YouTube videos. Hogan talked about the what happened at the Hall of Fame when he was asked to not talk to the Warrior. He mentioned flying around in Ted Turner’s jet with Warrior in the WCW days and then brought up the infamous deposition for The Self-Destruction Of The Ultimate Warrior DVD.

He then talked about finding the Warrior at WrestleMania, which ended up on the WWE Network documentary on the Warrior.

The Ultimate Warrior’s wife is unhappy with his interview and went on Warrior’s Twitter account to call him out.

To his defense, it’s unfortunate that his statements bothered her, but he was asked a question about Warrior and didn’t offer the story up.

You can watch both parts of the interview below. We’ll show the part that seemed to upset Mrs. Warrior the most first and then we’ll add the rest of it underneath.