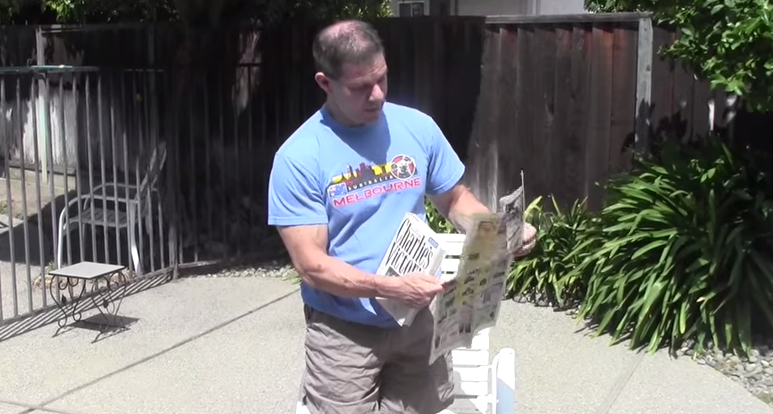 When I did my Ice Bucket challenge, I wanted to nominate someone who had some reach in addition to friends and family.

I nominated my cousin Bruce who performed his in fine fashion. I also nominated John LaRocca, president of Premier Wrestling, and contributor to Fight Game Blog. John will do his soon and we’ll post it here.

But my shot in the dark was to nominate Dave Meltzer. With Meltzer’s reach, he can make a true difference in inspiring more people to do it and contribute to the ALS organization.

He responded in fine fashion and I even helped him by shooting the video. He asked me what he should do, but based on his thoughtful approach to the video, I’m sure he had his great idea all along.

He nominated Bryan Alvarez, his business partner at Figure Four/Wrestling Observer, Frank Shamrock, and Hiroshi Tanahashi, with the idea that maybe they can get this thing going in Japan.