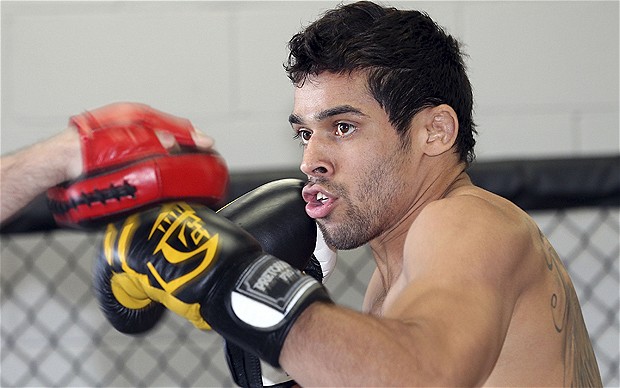 RT @SportsCenter: BREAKING: Renan Barão is out of UFC 177 fight with T.J. Dillashaw tomorrow night for "health and safety" reasons.

Renan Barao was ruled out of the UFC 177 main event after complications due to his weight cut. According to MMA Fighting, Joe Soto, who was scheduled to face Anthony Birchak in his UFC debut, will step up in Barao’s place and face T.J. Dillashaw for the title.

Soto has recently fought with Tachi Palace and Bellator.

Barao is the second fighter to have to pull out of the show today as Olympic Gold Medalist Henry Cejudo was scheduled to make his UFC debut at 125 pounds and pulled out for medical reasons.

There are reports that Barao felt dizzy coming out of the sauna and slipped and hit his head which caused him to pass out. He was rushed to the hospital.