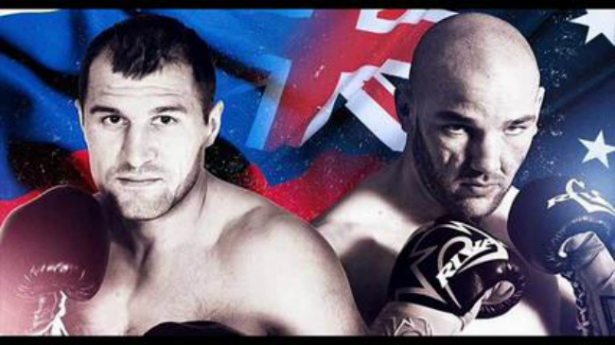 Sergey Kovalev (24-0-1) vs Blake Caparello (19-0-1)
It’s not the fight he (Kovalev) or we wanted, but it’s about the best there is to offer right now. The big Russian has been on a tear these past 18 months, and much like Golovkin last week, it’s becoming increasingly hard to pick an opponent who will give him a credible match up. In a 25 fight career, Kovalev has yet to be taken past eight rounds with 22 of his 24 victories coming by way of KO or TKO. In Caparello, he faces, not an unknown, but an untested, undefeated prospect.

Light heavyweight is an odd division. For my money, it’s one of the sport’s weakest in terms of talent depth, but yet it’s also one of the hardest to win a belt in. You have arguably three of the top 20 pound for pound fighters in the world occupying the four major titles, but below that, the weight class is almost barren. Once you look past the other two champions (Hopkins and Stevenson), you’re left with a mix of guys who are either known quantities and totally outmatched or else completely unproven like Caparello. Given only those choices, I will usually opt for the later.

Caparello is a talent, and at bare minimum, he brings stylistic intrigue to this. He’s unorthodox – a southpaw, who likes to stand in the pocket, show an opponent angles and pop off with shots from the outside and follow through with combinations. His punch variety is good, he mixes things up well and is capable of keeping a foe guessing. He’s no knockout hitter, but I think there’s more behind his punches than the six stoppages on his record would suggest. He’s got some power; he’s just not a finisher. The 27 year old could turn out to be a championship level light heavyweight at some point in his career, but against Kovalev, he’s stepping up a thousand leagues from his best level to date. Recent wins against faded veterans Elvir Muriqi and Allan Green are so far the peak of his pro achievements.

Regardless of his skill and potential, a Caparello upset seems almost unthinkable. A win for the Australian would be among the biggest boxing upsets of the last decade. Even if you ignore the discrepancy in power, I don’t believe he can outbox Kovalev either. While Sergey may not have been a celebrated amateur, being only the second or third choice light heavyweight within the Russian system, the competition for that top spot was (and is) fierce. During that period, Russia could have likely qualified three or four light heavyweights at Olympic level if allowed. Iron sharpens iron, and those battles with Artur Beterberiev for a place on the national side refined an excellent technician in Kovalev. As well as being the puncher against Caparello, I feel Kovalev will have the significant edge in fundamentals too. And if Caparello can win neither the boxing match nor the brawl, he is in trouble.

This is a must-see fight because Kovalev is a must-see fighter. It’s as simple as that. The interest here will be in seeing how he deals with a different style of opponent; one who can be awkward and difficult to connect cleanly with. Can Caparello extend him into the later rounds, and if so, how does the Krusher respond? If reports are to be believed, this is the last hurdle for Kovalev to overcome before he gets the unification bouts he’s been chasing, starting with the Hopkins fight in November. I’m expecting another statement performance here to set him on his way. Look for a Krusher KO from early doors.