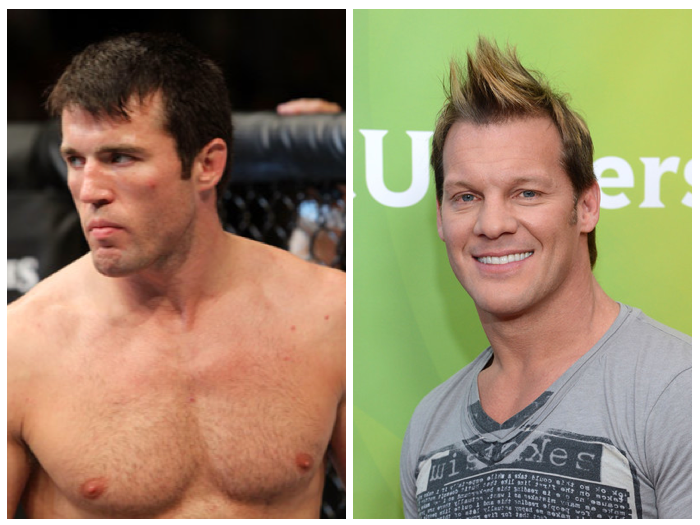 I have to admit that I was quite surprised to see Chael Sonnen as a guest on Talk Is Jericho considering all of the recent headlines surrounding him these days including being both suspended for two years by the Nevada State Athletic Commission and losing his job with Fox Sports. For some reason, I also expected him to show up on Steve Austin’s podcast if he was going to do one of the shows. 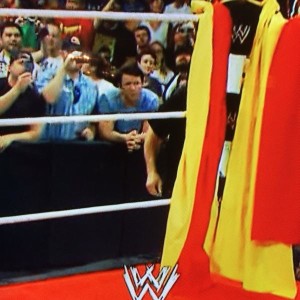 But Chael and Jericho were on the same flight together and Jericho got him front row tickets for Raw which was in Portland on Monday.

Sonnen had a lot of things to say. Before anyone thinks that Jericho tried to hit him hard with drug testing questions, that’s not what this was about. But those things did come up casually. The show was about letting Chael be entertaining and that’s exactly what it was.

As the conversation eventually made its way toward the recent drug test failure, Chael admitted to trying to game the system as usually, fighters aren’t tested until fight night. He said that he knew the things he was taking would show up on a drug test, but took the risk based on knowing when he’d usually get tested.

It gives you an idea how probably most of the fighters think when it comes to drug testing. It also sounded like this was a normal, casual thing to do. And that’s not me saying that he’s definitely cheated before or not as I wouldn’t know. But he stated it like it wasn’t that big of a deal.

There was also some great conversation about becoming the bad guy and who his influences were. He talked about not necessarily being a fighter, but being part of the fight business and said some of the guys don’t understand that.

He talked somewhat about wrestling and that included a funny story about how a WWE official called him up after he was suspended. He also told the story about how he put Stephanie McMahon’s private cell phone number on television.