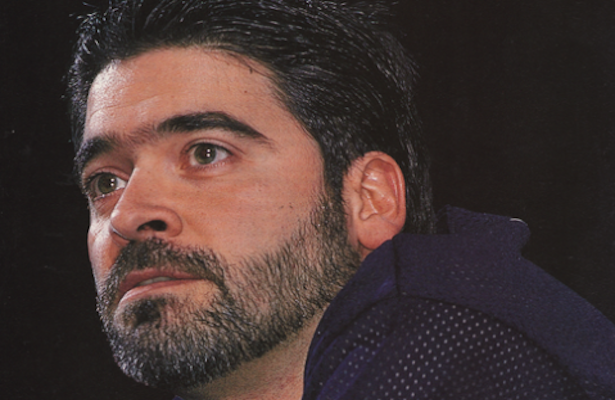 TNA makes its first move since the rumors of Spike TV not renewing Impact Wrestling came out.

I don’t think anyone expected him to go quietly in the night. Just days after the news that Spike TV was canceling Impact, Vince Russo let the social media world know that they wanted to put him in timeout. But instead, being the man that he is, he declined. I guess this is the new, “they didn’t fire me, I quit!”

And of course, he’s going to write about for his new website, which just created a VIP option.

He’s also going to be a future guest on the Ross Report, which has already been recorded. I wondered what would be my first question if I ever had the opportunity to interview Russo.

I think the question would go something like this:

“Vince, Eric Bischoff wrote a book called Controversy Creates Cash. Yet, based on how often you’re in the wrestling news when it comes to things you associate yourself with such as coming up with the finish of the Montreal Screw Job and working incognito with TNA, do you think you embody that spirit? Said much simpler, do you live in a kayfabe world?”

He’d probably tell me a story that I would love (as in, you’re gonna love this one) or tell me that he’s being honest with me before answering, but I imagine he’d dance a tap dance around it.

But I truly think that answer is yes. He takes wrestling fans for idiots and wants to profit from them, while also doing his best to make the industry a worse place to be in. He just named his new podcast The Swerve. He thinks he’s Puff Daddy now and that he invented the remix.

Is Vince Russo officially done with TNA? I would suspect that if they are trying to get back in the good graces of the TV industry, distancing themselves from him is a start. In a way, they can also place blame on him, which probably doesn’t do much good except to the ego of Dixie Carter.

At least, he can keep kissing up to Stephanie McMahon.