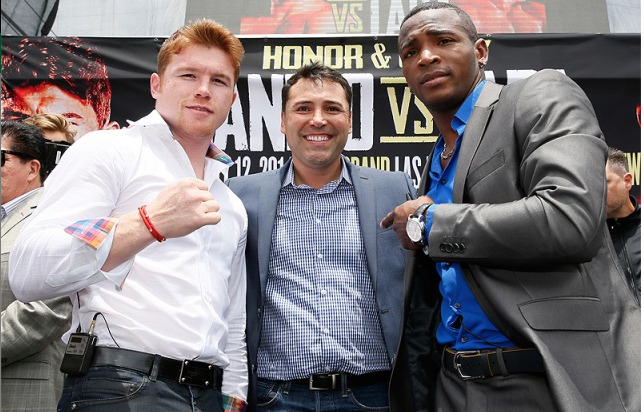 The first episode of All Access: Canelo vs. Lara was a nice introduction to Erislandy Lara and a showcase of Canelo as someone who takes on all comers.

You can watch the episode below:

I didn’t really know a whole lot about Lara before this episode, and while I can’t say I know a ton about him now, I thought this episode was great in introducing him. He has a story that boxing fans and baseball fans alike understand. Cuban athletes who deflect are generally either baseball players or boxers. I also really liked his demeanor. While Team Canelo saw him as a trash-talker, he came across as someone who pressed for the big shot. And Canelo, in accepting, came across as a guy who doesn’t duck anyone (and in doing so, he also took a shot at both Mayweather and Pacquiao).

This show features two non-English speakers, so half of the show is in subtitles, and the rest was featured around Oscar De La Hoya and his return after rehab with a little bit about Lara’s trainer, Ronnie Shields.

Does De La Hoya really believe this is a bad fight for Canelo? Lara hasn’t been perfect, though he’s clearly picking up steam. Canelo is still right underneath Mayweather in the second tier of top fighters with a bunch of other guys. While the appeal to this fight may not be high with casual fans (and I’m not sure how it could be unless Canelo’s star is much higher than I think it is), it’s a great fight for hardcore fans.