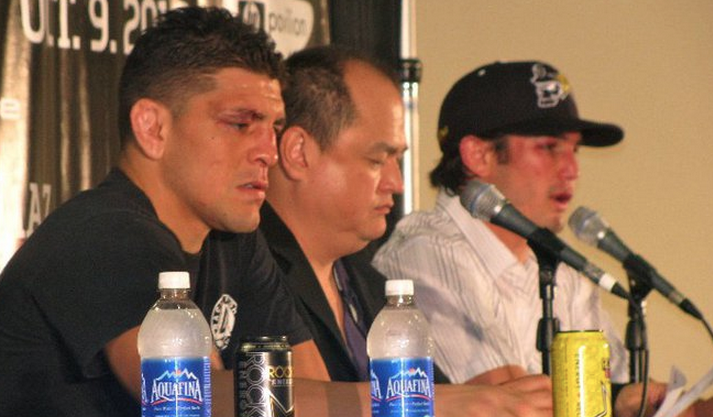 Even though their press release has a weird date of 7/1/13, Bellator announced that Scott Coker has been named new president of Bellator MMA.

According to the release, he will report to Kevin Klay, the president of Spike TV. Coker’s duties are overseeing day-to-day MMA operations.

Klay says that the tournament days are over.

We are excited to have Scott Coker lead us in a new direction as we evolve the league format from a tournament-based organization to a more traditional model with big fights.”

This means that former founder and CEO Bjorn Rebney is out. Rebney had this to say about leaving.

It is with bittersweet emotions that I announce that I am leaving the company I founded. I have great pride in having turned my vision into reality, a thriving business with television distribution to over 140 countries around the world, a partnership with one of the world’s largest entertainment giants and wide array of sponsors, partners and strategic allies all over the globe. This has been a wonderful eight plus years of creation, development and success. I will miss the courageous, strong and dedicated fighters I have had the pleasure of promoting, and equally, I will miss the incredibly hard working, remarkable team that has become a family for me over the years. Viacom and Tim and I differed in our views of the right strategic direction for Bellator, but Tim and I both wish them well.

Scott Coker brings in years of experience from running Strikeforce, which was at first, a kickboxing organization which evolved into a MMA company in the mid-2000s.

Based on how the press release read, it seems like maybe Rebney and Danaher wanted to keep the tournament format.

I’ll add any news that comes in after the conference call with Scott Coker.

Updates after the conference call with Kay and Coker:

– Coker said that they’ll do tournaments when they make sense.

– Didn’t say anything when asked about Kimbo Slice. Says he knows nothing.

– When asked if guys who have already won tournaments would keep their title shots, Coker said he can’t answer it yet. He mentioned that it’s his first day on the job and they haven’t ironed out the details.

– Both Coker and Kay brought up the idea of co-promoting. Coker’s talked about that before when he was with Strikeforce.