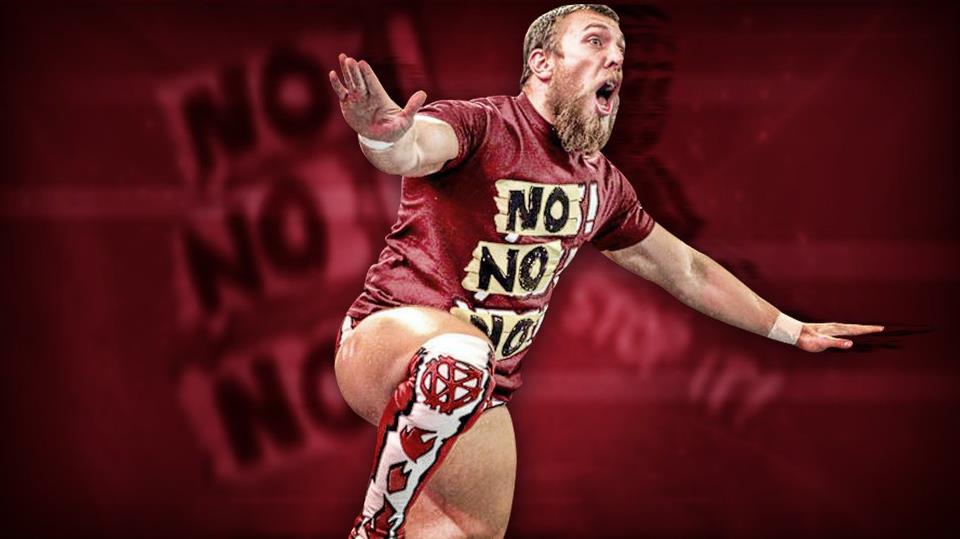 I posed this question to my FGB brethren. Should the WWE have stripped Daniel Bryan?

It’s not like Daniel Bryan had to strip down to his skivvies on Raw. I just wanted to make the title shorter. But in fact, Daniel Bryan was stripped of his WWE World Heavyweight championship because he will not be back in time to defend his title at Money In The Bank.

Here’s what the guys had to say:

Alan: It’s weird. I’m just completely numb to the whole thing. After being at such an emotional high in New Orleans, everything that’s happened since then involving Bryan from terrible booking to injuries, has made me just completely lose interest and investment in everything to do with him. It sounds crazy because he’s easily one of my top 5 favourite wrestlers.

Duan: I’m really not a fan of titles being vacated because I have always felt it just sets the next guy up to be a weak champion. That being said, Bryan’s character has been bugging me a lot of the time and not just since he won the belt either. In the ring, he’s spectacular, outside of it, he’s the same as every other horribly written WWE babyface, only more annoying. This is a company incapable of creating a character with depth on the face side and that makes it very hard to not completely disassociate with the product they’re selling.

Big D: I think it was a good move, but not the right move. They really can’t go on without having an actual champion for a long time. Despite the title not meaning as much as it used to, it still means something.

GG: Because of the theme of the PPV, I wouldn’t have stripped Bryan at all. But it’s really WWE’s lack of foresight that kicked them in the ass. There was no reason to do a storyline in which Bryan has to give up his title or his wife loses his job. (And Brie really looks like an idiot now.) And there was no reason to book him in a match at Money In The Bank with stipulations that if he wasn’t able to face Kane, he would forfeit the belt. None of those things had to happen if they took the storyline seriously from the start. If you say nothing, you can do the PPV without the title and make the number one contender’s match the main event.

Big D: I always liked the idea of an interim title in wrestling for situations like this because the Daniel Bryan story is way too valuable to just give up on. They booked him to shit and the title reign was horrid and some of it was WWE’s fault and some wasn’t, but in the end the fans are the ones truly fucked.

GG: At the very least, they need to keep him on TV. I wrote this on our Raw Rerun recap from Monday’s Raw. Many people have already said so I’m not taking credit for the idea at all. But when Stone Cold Steve Austin hurt his neck in 1997, they kept him on TV to raise hell and it kept his momentum going. Of all the people who I could use a break from when it comes to my TV, Bryan isn’t that guy.

Alan: At this point I just hope he gets the time he needs to recover and he comes back in good shape with a long career in front of him, which hopefully will be devoid of the horrific booking which plagued his last two months.

Duan: I do think there is the potential to leverage this angle to build a match that will mean something though. But to do that, they need to build an interesting interim champion and unify the belts later the way Shawn and Razor did back in 1994. Personally, I feel they have two options that will work, either A) put the belt on a new first time champion (Rollins, Reigns or Cesaro) or B) give it to Brock. Either way, I would have the winner go over Bryan on his return to give him credibility, and then kick into motion the long build to the rematch.

Big D: The guy has enemies in the back, and while you can easily tell an amazing redemption storyline, perhaps an ever better story than Austin’s in 97, you just find it hard to believe WWE will actually do it and not do what they’ve done over and over again in recent times; go back to Cena or go with a new guy. Its just unfortunate that there’s been damage done here to both the company, Daniel, AND the belt that could’ve been averted had he been booked strongly since Mania and not been treated like a joke.

Alan: I can’t help but feel the stain of this period will be something that always lingers on him. The story of his career has pretty much been his uncanny knack of bouncing back from things and being Teflon, but I think even for him, this is too much.

GG: Let’s hope he forces their hand again like he did at Mania. I still want to see that Brock vs. Bryan match at SummerSlam.