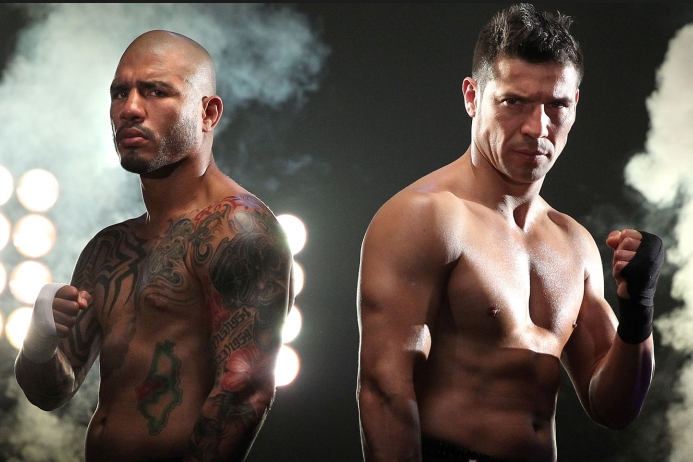 The HBO produced Face Off: Cotto Vs Martinez video is one of the most interesting yet. While the fight should be excellent, who wins isn’t the only beef the fighters have.

I’m not at all surprised to see the A side versus the B side stuff. This stuff absolutely matters in boxing as seen by the glove controversy in the Mayweather/Maidana fight. But I’ve never seen it so blatantly discussed by the fighters when talking to each other. Is it petty? Sure. It’s petty on both ends. If Sergio Martinez is upset that Miguel Cotto is the bigger draw, then beating him should help that.

Miguel Cotto is very prideful. He’s right in that he’s sold out Madison Square Garden more and he should feel like he’s the bigger star and thus deserves to be treated like the A side. It also shows you how meaningless titles are in boxing. Sergio Martinez is the middleweight champion and Cotto is fighting for his belt. But Cotto is the draw and thus, is treated like the champ should be.

It shouldn’t have any effect on the actual fight, but it could give Martinez an added chip on his shoulder in preparation. It just shows you that things like this are often the reason why there’s drama in boxing. Dislike can be about anything.