Follow along our The Ultimate Fighter: Brazil 3 Episode 10 recap.

The final fight of the heavyweights is Pezao vs. Jollyson. Chael says that Pezao is his big dog and there’s a reason no one called him out.

Team Sonnen wants Hortencia to take an ice bath for some reason. She trained a circuit with them. Chael said no ice and then made her dance with him. 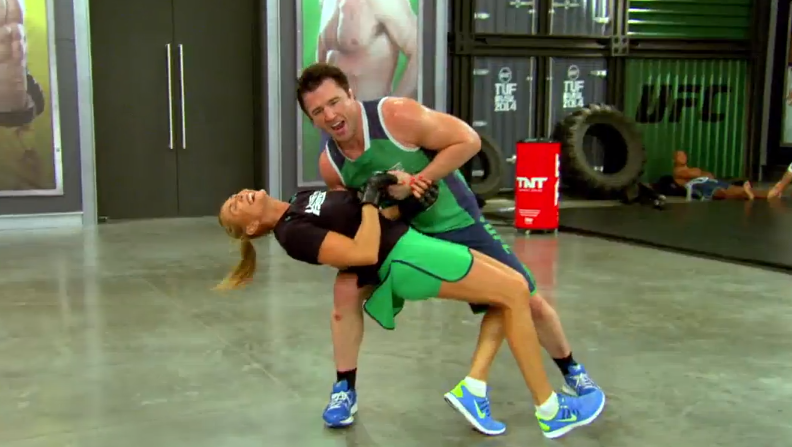 She finally relented and did the ice bath. After she couldn’t take it anymore, she hugged Chael who was in the sauna.

Jollyson’s team thinks he’ll be able to take down Pezao. Pezao says it will be the worst decision of his life if he tries.

Weird first round. When Pezao was able to strike, he was powerful and quick. But he seemed to be fine allowing Jollyson to clinch constantly. Pezao got one takedown. Jollyson didn’t get one, but ended up on top on another Pezao takedown attempt where he tried to power him to the ground from underneath. Jollyson was on the bottom at one point and according to the referee, put his finger in Pezao’s mouth and Pezao bit it.

Pezao clearly won the second round. He let his hands go and then kneed Jollyson up against the cage and then took him down. He pounded him with punches and elbows from the top position and when the round was over, Jollyson was all welted up on his face. The doctor looked at him and Wanderlei was saying that he was okay as if he just didn’t get mauled that round.

The first round was close, but the second round was not.

These are the match-ups for the semi-finals: 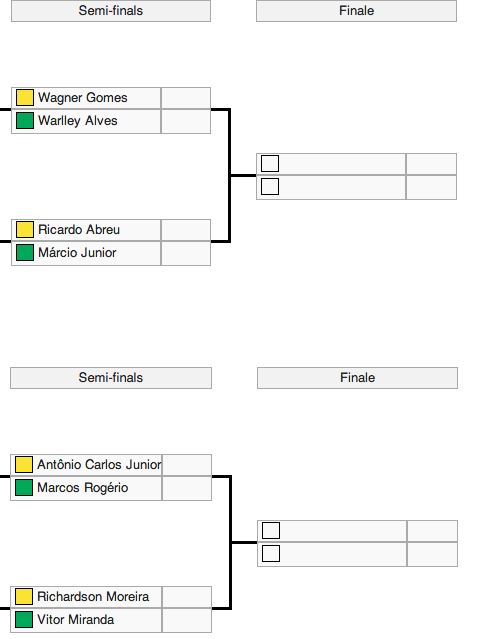