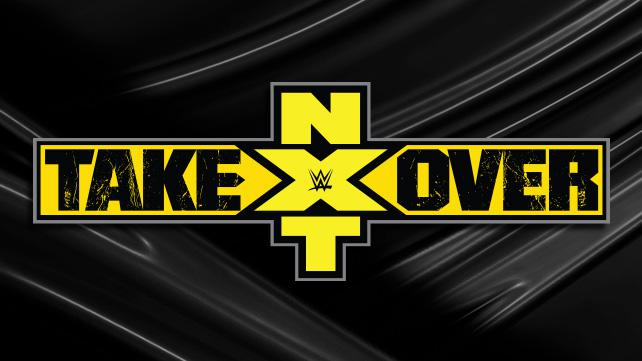 If this second mid-week NXT special is 3/4 as good as their first one, we’re in for a good time.

While Rose is so beloved by the NXT audience in Full Sail, I find his character annoying on Raw. However, I know people who dig it. I’m not sure I really get it.

Rose made fairly quick work of Camacho, hitting the buster part of the Bronco Buster and then finishing him off with the Party Foul which is yet another version of the Diamond Cutter.

2. The Ascension Vs Kalisto and El Local

I really wonder if the Ascension can make that next step. I’m sure they’ll get the chance, but I haven’t been too impressed with them yet.

They had a decent match with Kalisto and El Local (Ricardo Rodriguez) and kept their titles. Kalisto looks like he can be something if they give him a little Rey Mysterio rub. He sells like Rey did back in WCW which is necessary because of how small he is. Rodriguez as El Local is good in the ring, but the outfit is ridiculous.

Konnor and Viktor hit the Fall of Man on El Local to get the pin. They had the heat on Kalisto for quite a while. I wanted to see more from Kalisto, but they didn’t give this a ton of time.

This is for the number one contender’s spot.

This was a really good match and picked up the show a bit. Even though Zayn winning meant that the next big title match would be babyface vs babyface, I still thought he’d pull it out. Breeze was impressive. He wrestles a bit like Dolph Ziggler as a heel, but he’s less expressive and cartoony.

They pulled out a lot of high flying and big hitting moves, but went to the outside one too many times. Zayn was going for the Ole Kick and Breeze covered up making Zayn miss crotch himself on the top rope. Breeze then hit a spinning reverse heel kick for the win.

This was a bit of an impromptu match. Rusev came out and Lana said he was back after being at Raw and Smackdown. They put over Putin. Mojo came out with a USA flag and made a crack about Putin that made Rusev upset.

Rawley came into the ring and was squashed immediately and tapped out to the Camel Clutch.

The build to this was pretty sweet. It’s the Flairs versus the Harts. Ric Flair says his daughter has the gene. Bret Hart says a Flair can’t beat a Hart.

Flair was so fantastic at ringside here simply doing all his old Flair stuff.

Charlotte is so darn impressive physically and athletically. Props to Natalya for keeping up with just about everything. The best spot was actually a Figure Four spot which they did for over a minute. Natalya would turn it over and Charlotte would get it back over. Natalya’s arms were too short to slap Charlotte, but Charlotte was easily able to slap Natalya in the hold. They rolled all the way to the outside where Charlotte had it on Natalya while hanging outside the ring and Natalya was inside.

Charlotte was back inside the ring and was going to put on the Figure Four again, but instead, looked at Bret and put her in the Sharpshooter instead. Natalya got out of it. She quickly hit her Bow Down To The Queen finisher to win the match.

The match was excellent. Charlotte is already a damn good heel. Natalya put on maybe the best performance I’ve ever seen from her. She made Charlotte look like 5 million bucks. After the match, Charlotte told Natalya thank you and Ric and Bret shook hands. Really fun match and even better moment.

This match was good as well, though different than the other two really good matches on this show. Zayn and Breeze was more action packed and high flying. Charlotte and Natalya was more about psychology and showcasing athleticism. This match was a mix of both. Based on the pedigrees of both men, I expected it to be a million miles an hour. But for much of it, they slowed it down. They also worked the match as if they were thinking too similarly, trying the same moves at the same time.

Kidd showed frustration and worked the match more like a heel than Neville. The match was all about Kidd trying to put Neville away. The best move was a flip leg drop by Kidd onto Neville who was hanging in between the middle and bottom rope. Near the end of the match, Neville hit a hurracanrana from the top rope on Kidd, which set up the Red Arrow from the top rope for the pin.

There were three excellent matches on this show and all slightly different. I just hope WWE doesn’t bring up Charlotte too early. Husband and wife (TJ and Natalya) were the stars of the show tonight.

Neville tried to shake TJ’s hand and TJ shouldered him and walked out. I guess we’ll get a rematch on TV soon.