Before we get to the fight, check out how Wembley Stadium looked earlier today. It’s like WrestleMania in London. 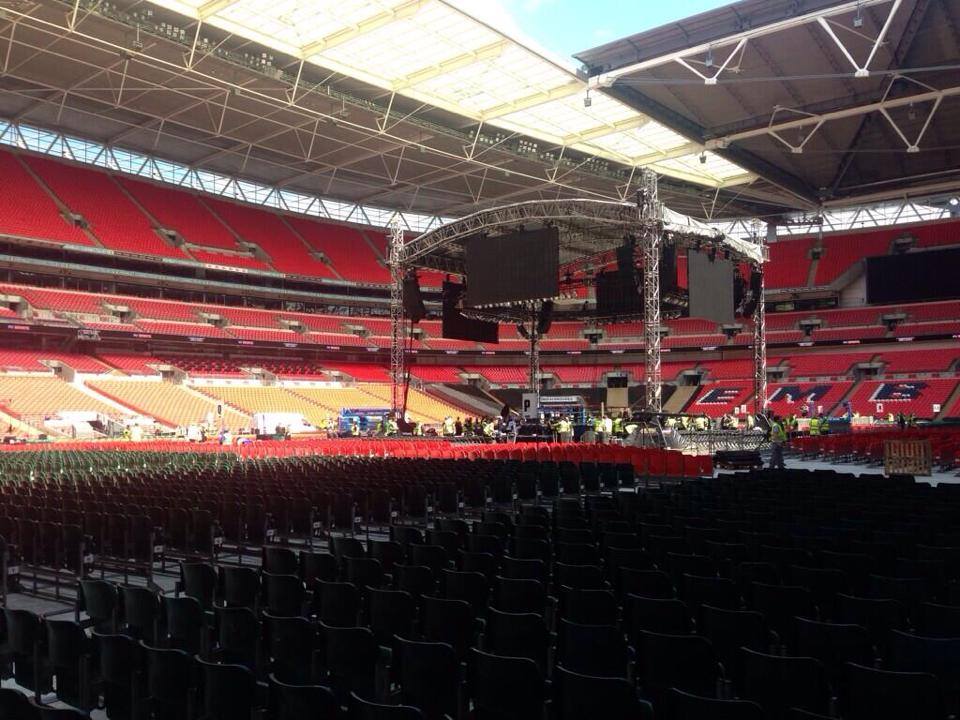 Yesterday, Duan and I talked a lot about the fight on FGB Radio. Duan also wrote a terrific piece on the first fight.

The crowd looks amazing. The entrances were awesome. But the HBO broadcast silenced all the noise and we got to hear Max, Jim, and Roy talk over it all. What a mistake.

It was a very close first round. Groves was much bouncier and Froch more stiff. Both guys were showcasing their left jab. Groves looks quicker. Froch looked patient. Neither really landed anything significantly outside of the jab. I’d give it slightly to Groves, but it could go either way.

Things got a little rough in the clinch early on and Froch pushed Groves down by his face. Groves is doing a lot of feinting, which is making Froch a bit uncomfortable. Both guys started throwing their right hand a little more and Groves’ was sharper. I’d go with Groves in round two.

Best round for both guys, but Groves was a little better. He’s punching and moving and Froch is in more stalker mode. Groves right-hand landed and he landed a nice short left hook too. Froch has yet to really get unravelled, but he did land his right in the round.

While I’d still give the round to Groves for pretty much dominating the first two minutes, Froch came back in the last minute and started to force Groves back against the ropes. He did good body work and Groves looked like he was slowing down. This is where Froch may start to pick it up.

Froch just won his first round. It’s clear to me that Groves has to be very active to keep Froch’s guard up. The second he takes a break, Froch stalks him down and imposes his will. This is starting to look a lot like the last fight.

Froch may have taken control of this fight. He’s backing Groves up. Groves isn’t using his jab as effectively, or following up with multiple punches. Froch waits for Groves to attack, backs up, comes forward and starts throwing as Groves has his back up against the ropes. I have it 4-2 for Groves but the tide has turned.

Close round, but Groves may have eked that one. Froch charged hard late, but Groves started landing his left cleanly. Froch turned it on a bit too late to take the round.

Wow! It was a close round until the close of it which was a Carl Froch right hand that knocked Groves out completely. He was laid out flat on his back. The referee stopped it. Groves tried to sit up and was angry with the ref, but it was the right call. He tried to get up and fell right into his trainer’s arms.

Winner: Carl Froch by way of 8th round TKO