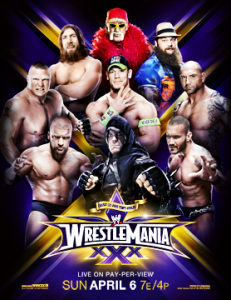 STAMFORD, Conn., April 15, 2014 – WWE® (NYSE: WWE) today announced that WrestleMania 30 reached a record 1 million households in the U.S. alone on WWE Network and pay-per-view combined, the first time WrestleMania has eclipsed this mark domestically. With more than 667,000 WWE Network subscribers in the U.S. and nearly 400,000 domestic pay-per-view buying homes for WrestleMania 30, WWE is confident that it will reach its goal of 1 million subscribers by the end of 2014.

WWE Network will be rolled out in Canada, the U.K., Australia, New Zealand, Singapore, Hong Kong and the Nordics in late 2014/early 2015.