Last week’s episode ended with Piper walking out into the desert. It’s also how this episode starts.

Piper said he would stick it out and keep his word. He wants to give it one more chance to clean up the negative stuff about himself.

Hillbilly Jim snores loud enough to keep guys awake. Tony Atlas uses art to take his mind off of things including drawing a portrait of his wife. Hacksaw and Atlas may have beef.

Ashley says the guys are going to play a polo game. The Fink and Mean Gene were the two last picks. Instead of riding horses, which Tony was deeply afraid of, they will instead be driven around in golf carts.

The blue team which featured Hacksaw, Piper, The Fink, and Pat Patterson won in sudden death overtime when Hillbilly won with a penalty shot. As a result, the red team had to shovel horse manure out of the stables. Tony apologized to the horse for being scared of him. Tony is definitely a weird dude.

The guys avoid Tony because he rambles on and on about stuff that they don’t find important.

Ashley decided to take the guys to her zumba class. Piper was just happy to see women in the class. The Fink was having troubles. Atlas did the best. Piper did the Hot Rod shuffle. And Jimmy’s hair never was out of place. 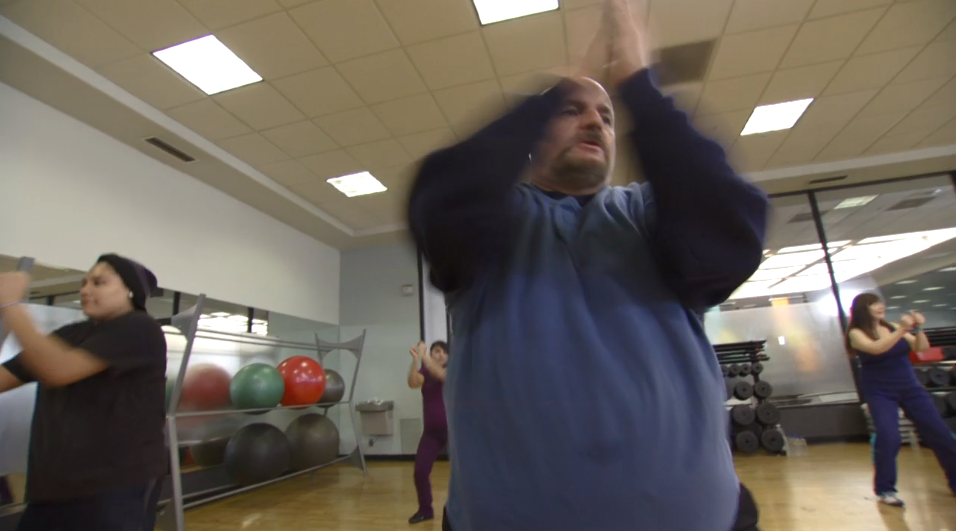 At the end of the night, Pat Patterson was going to grill, but the steaks were still frozen so he went out and played cards with Gene. Piper and Hacksaw were hungry and decided to try and call for a restaurant to deliver. Rather than look in a phone book or check the internet, they decided to use Hacksaw’s GPS to search for a restaurant even though they weren’t driving. It didn’t work. In the mean time, Tony Atlas saved the day by cooking chicken for everyone.

Overall thoughts: This was such a nothing show. But what I was surprised was at how shoddy the editing was. They would do cutaways to interviews that would be disjointed to what was going on. And then, they used the same piece of interview footage with Tony Atlas saying that he and Hacksaw squashed their beef twice. They used it out of order early in the show and then used it correctly at the end. Didn’t they have four years to edit the show? Yikes.