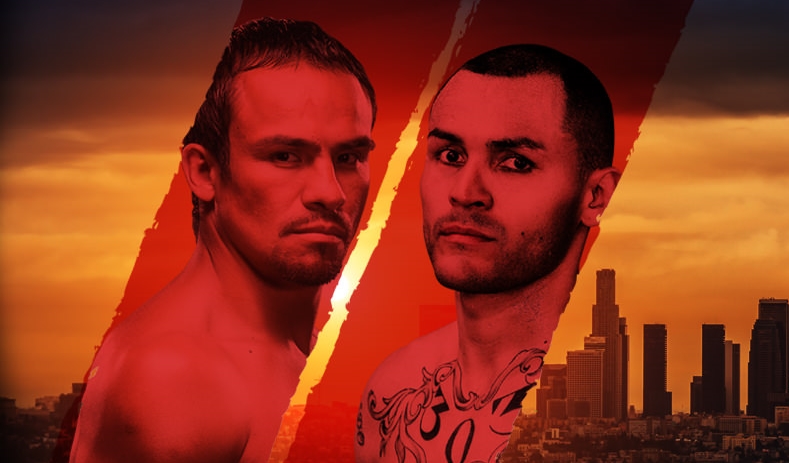 I’d put money on Juan Manuel Marquez and Mike Alvarado putting on a fight worthy of fight of the year status. Based on their resumes, this one can’t be boring. Check out the video to Road To Marquez vs. Alvarado.

This show is more insider boxing than something like All Access or even 24/7. But for the small amount of time they had to work with, I thought it was effective way to hype the fight and hopefully this gets a few plays on HBO itself. This is a fight that needs to be promoted.

I thought Mike Alvarado’s trainer was honest and maybe to a fault by saying that this is a must win fight and if they don’t win, they’ll take several steps backward.

For Marquez, it was great to see that he’s still confident, yet isn’t using excuses to explain his loss to Timothy Bradley (unlike Nacho). Time is ticking on Marquez and there probably aren’t too many fights left in his career. This would be an ultimate win for Alvarado. And a win for Marquez could mean yet another fight with Manny Pacquiao.