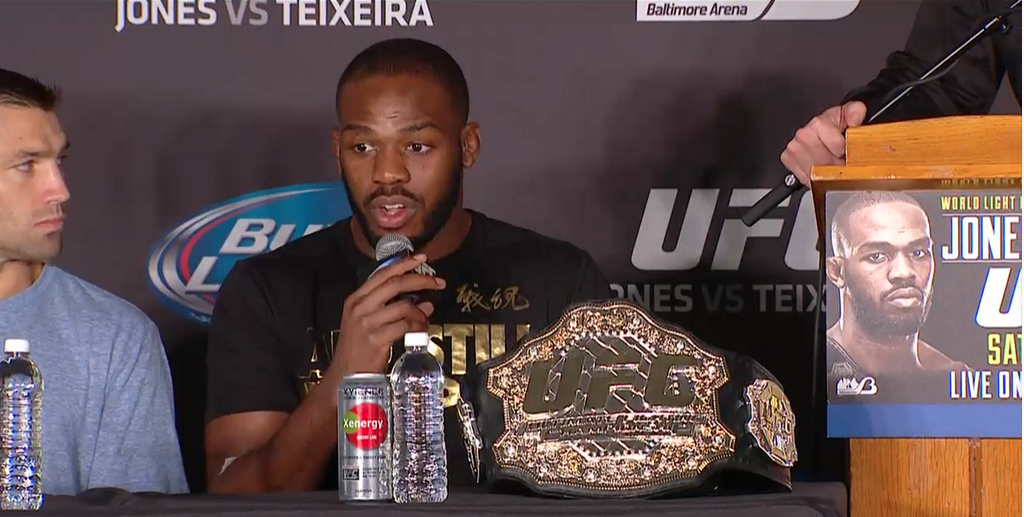 I apologize for not having live coverage of UFC 172 tonight, but here are the important things that happened at the post fight press conference.

– Fight of the Night bonuses went to Ike Vallie-Flagg and Takanori Gomi.
– Performance of the Night bonuses went to Joseph Benavidez and Chris Beal.
– Dana White says Vitor Belfort has to clear up his Nevada issues before fighting again.
– Rockhold wants to shut Michael Bisping up. Wait, didn’t Tim Kennedy just do that? Rockhold also wants to avenge his loss to Belfort.
– Jim Miller vs. Khabib Nurmagomedov could be a possibility.
– Jon Jones will face Alexander Gustafsson next and then they’ll go from there based on Dan Henderson vs. Daniel Cormier.
– Jones says he wanted to tire Glover out Ali-style by letting him swing away. He was also very happy to be cheered by the Baltimore crowd.
– Jones congratulated Rumble Johnson for beating up Phil Davis who targeted Jones with trash talk this week.
– Rumble doesn’t want the Jones fight right away. Thinks he’s a long while away from it.
– Dana was asked about extended drug testing and said a newer test came back at $45,000 and that could put a dent into how often they test. He said they could see who wants the business to get the price down.
– He questions Phil Davis’ pre-fight ranking and desire to be the champion.