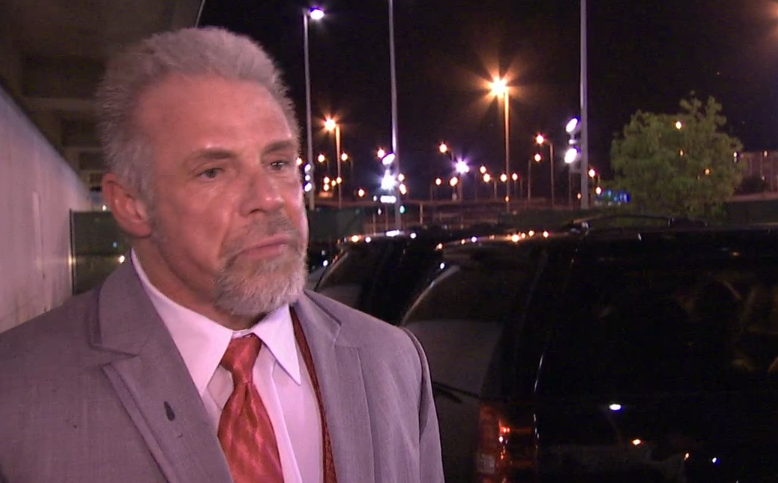 I don’t have much time to do a write-up on WWE Network’s documentary on the Ultimate Warrior as I’m on a short vaction, but because “Ultimate Legend” is fresh in my mind, I wanted to jot some things down. If you haven’t seen it, it’s a must-see.

Firstly, kudos to WWE and the Network production team for whipping this into shape so quickly. I imagine they were preparing something in his honor had he not passed away, but still, the ability to turn on a dime and have to change the ending of the story and do it so well is awesome.

The story was that of the Ultimate Warrior, a wrestler who become bigger than life quickly and then faded from the scene nearly as quickly. He had starts and stops, but in the end, couldn’t agree to even disagree with Vince McMahon and the company.

Much of the documentary featured interviews from WrestleMania 30 week and shortly there after. Warrior seemed to be refreshed, as if the monkey was off his back. Some of this may have simply been because it was shortly after the Hall Of Fame and WrestleMania and people like Hulk Hogan, Triple H, and Vince McMahon himself were apologizing for things they’d said, or thanking him for being there, but Warrior looked touched and happy.

Warrior also talked about Vince like he was his role model. He didn’t effuse praise for anyone but Vince. He told Vince that he looked the best out of everyone. He mentioned that WCW sucked because there was no Vince to put things together. You could tell that he held Vince in very high regard.

And this may be simplifying things, but in the end, maybe the reason why he stayed away so long was because he felt that Vince hurt him emotionally. He couldn’t take the disappointment any longer. Linda McMahon was the one who helped make things better, but it seemed like Vince was the one who he wanted to impress and make proud. I don’t know enough about Warrior personally to say whether that’s 100% correct or not, but the narrative and Warriors’ words himself made it seem to be true.

At only one hour, the documentary was too short to provide any deep analysis of his wrestling career. You saw some fun footage of he and Sting as the Blade Runners. There was some Dingo Warrior footage and then quickly, he was the Ultimate Warrior. There was interview footage with Sting which made it feel special. Batista seemed to be the biggest Ultimate Warrior fan ever. Even Cesaro seemed like he watched a lot of Warrior growing up. Stephanie McMahon’s comments weren’t useful and she was so careful in what she was saying as if to not really make a statement at all. Hulk Hogan seemed like someone who very dearly wanted to make up for previously negative and bad statements about Warrior, so he turned the other way, defining him as the perfect pro wrestler, which he wasn’t.

There was very little on his last two runs in WWE which were stunted and the now infamous SummerSlam ’91 story wasn’t told truthfully. Vince McMahon talked about Warrior and Davey Boy Smith buying Growth Hormone (he didn’t say that, but he was being careful) in 1992. He said Warrior was too honest to a fault, without explaining what the meant (Warrior copped to GH to Vince and had to be fired.) There was zero footage of his last WWE run in 1996 and that’s not a surprise, since the only real footage of note is the squash match at WrestleMania 12 against Triple H. And there was a little bit about his WCW run with Hogan taking the blame for the Halloween Havoc match and Warrior saying that if he know it was going to happen like it did with him just being there for Hogan to get his win back, he wouldn’t have gone back.

The two stars of the documentary were Warrior and Vince. Vince spoke proudly as he was happy to be able to bury the hatchet. There was a touching moment between the two where Warrior bought a book called “The Little Engine That Could” and signed it to Vince. Vince wasn’t sure why Warrior bought him the book until Warrior retold a story where Vince always saw the WWE as that little engine. It was as if Vince had his proudest moment. It was proof that he was able to get through to Warrior.

Bret Hart came back. Hulk Hogan’s come back multiple times. Thankfully, Warrior did as well. And it was perfect timing, if there can be anything such as perfect timing when someone is gone too soon.

Overall, if you have the WWE Network, you must watch it. It’s great, heartfelt storytelling.