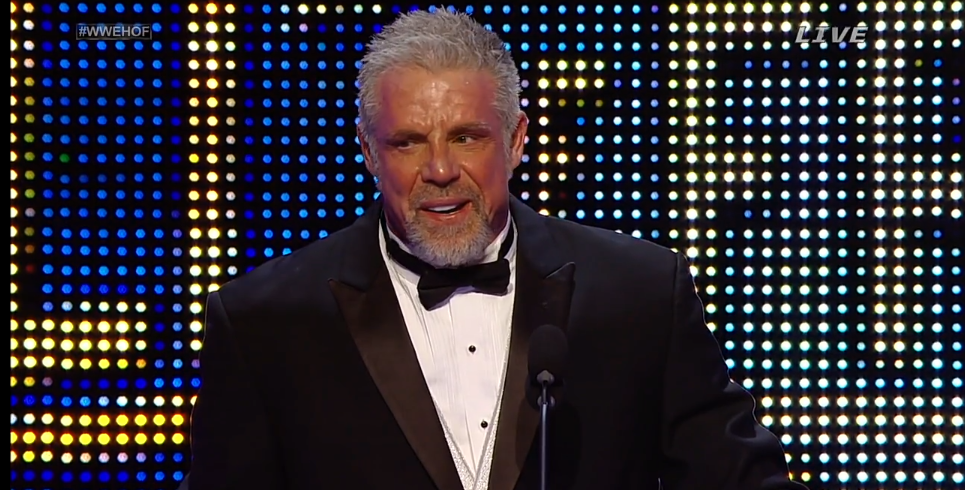 WWE.com is reporting that the Ultimate Warrior has passed away.

Kevin Iole tweeted out a police confirmation and statement.

On April 8 at 5:50 pm 54-year-old “Warrior” James B Hellwig collapsed while walking with his wife to their car at the Gainy Suites Hotel in Scottsdale, Ariz. Scottsdale Fire transported to a local hospital, where he was pronounced dead soon after arrival. At this point in the investigation, it appears as though a catastrophic medical condition caused his death.

9:52 PM PT — Officials tell TMZ … Warrior collapsed outside an Arizona hotel at 5:50 PM on April 8th … while walking to his car with his wife.

Warrior was transported to a nearby hospital … where he was pronounced dead.

From the WWE.com report:

WWE is shocked and deeply saddened to learn of the passing of one of the most iconic WWE Superstars ever, The Ultimate Warrior. Warrior began his WWE career in 1987 and quickly went on to become one of the biggest stars in WWE history. Warrior became WWE Champion at WrestleMania VI, defeating Hulk Hogan in an epic encounter. We are grateful that just days ago, Warrior had the opportunity to take his rightful place in the WWE Hall of Fame and was also able to appear at WrestleMania 30 and Monday Night Raw to address his legions of fans. WWE sends its sincere condolences to Warrior’s family, friends and fans. Warrior was 54 and is survived by his wife Dana and his two daughters.

I first learned of his passing after reading Triple H’s tweet.

Saddened to announce the passing of the Ultimate Warrior. Icon and friend. My sympathy to his wife Dana and his daughters

It was worded in a way that I thought it could possibly be a hack, but then Bryan Alvarez and Dave Meltzer later confirmed it.

Details are still unknown regarding the passing away of Warrior, aka Jim Hellwig, the famed Ultimate Warrior who returned to Raw last night for the first time since 1996 after being inducted into the Hall of Fame two nights earlier.

Warrior was 54. He was one of the best known wrestlers of the past 25 years.

He was the headliner Saturday night at the 2014 WWE Hall of Fame and got a lot off his chest, hopefully allowing him to come to peace with many of his difficulties over the years with WWE and Vince McMahon.

We’ll update this post when more information is available.