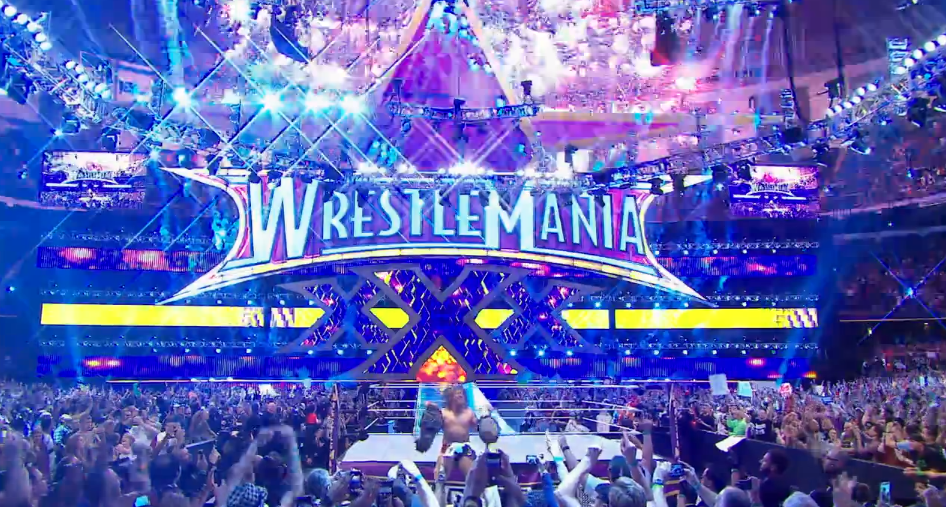 Well, dumb me. The story was set and all that was left was the ending. There were great clips of Bryan’s entire WrestleMania week, which was much different for him this year because he was a focal point and doing a ton of media. You could see how tired he was at 5:30AM after having obligations the night before. Kids, being a WWE superstar is a tough job.

Along with the immediacy of the content in the documentary, I think the strong point was Bryan himself. His aw-shucks persona is so different from the regular cartoon character kayfabe-ness of John Cena or the Miz. He speaks softly and gets to the point quickly. And while he’s humble, he’s also goal oriented and believes that he deserves what is coming to him. Seth Rollins who has known him from ROH said that Bryan definitely has a chip on his shoulder which is what you need to be on top.

For you ROH fans, they do use ROH footage for the doc, so you get to see the American Dragon. Maybe more impressive than that, they also show footage from when he was training with Shawn Michaels with Michaels on the commentary. It’s not really needed, but does show that they wanted to pay attention to those details.

Surprisingly, Brie Bella shines as well. She’s supportive (maybe even to a fault) and they have what looks like a great relationship. I didn’t expect to like her as much as I did.

The story truly begins once he was signed to WWE. There was no talk about his initial setback which was health-related. There’s NXT footage and commentary from both Bryan and Miz about their relationship as mentor and rookie, which is hilarious even today. The Miz’s rookie has done well for himself. I was surprised to see that they also brought up when Bryan was originally fired during the famous Nexxus angle on Raw. Pat Patterson said he asked Vince to bring him back and John Cena concurred.

Cena’s a bit of a wildcard. I get that he brings a sort of presence to the piece. But when he describes Bryan’s matches at WrestleMania with Triple H and then Randy Orton and Batista as real contests, it takes you out of the moment and you realize this is a regular old WWE production. But Cena’s really the only negative.