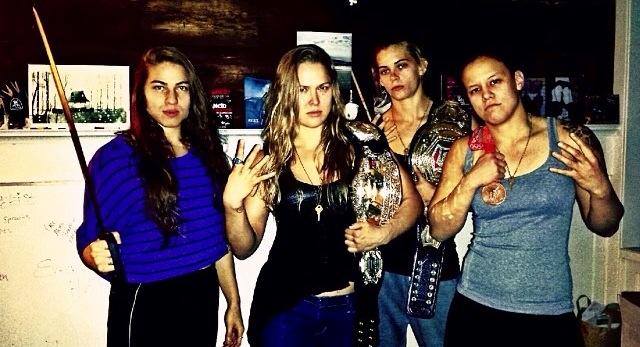 If you follow Shayna on Twitter, you can see her love of pro wrestling. Ronda has said in interviews that they now watch pro wrestling on TV at her house.

Today, Ronda posted a video on her Instagram account that shows she and Shayna going at it in a wrestling ring.

In the finishing spot (we’ll have to think that was the finish), Ronda hits the arm bar from the second rope after avoiding a charging Baszler.

You think Ronda could pop a buy rate for WWE or what?