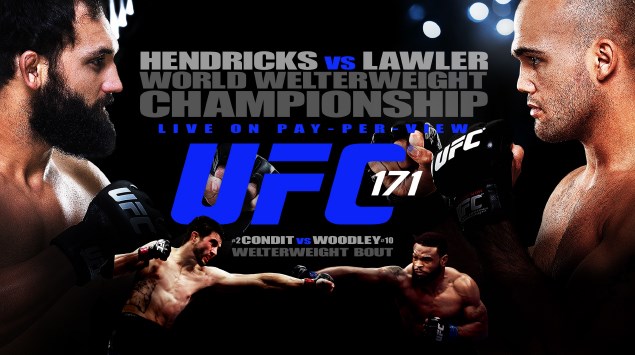 When Georges St-Pierre went into semi-retirement and surrendered the welterweight championship that he’s had a on lockdown for years, it opened up the welterweight division to many possibilities. Guys like Carlos Condit, Johny Hendricks, Robbie Lawler, and Nick Diaz become more than contenders. They now become real possible champions.

But before the rest of the welterweight division gets a chance at the belt, long-time UFC veteran Robbie Lawler and the man who took GSP on the brink, Johny Hendricks get the first shot.

But who do you think will win?

We have a poll on the right hand side of this page. Let us know who you think wins the welterweight title at UFC 171.