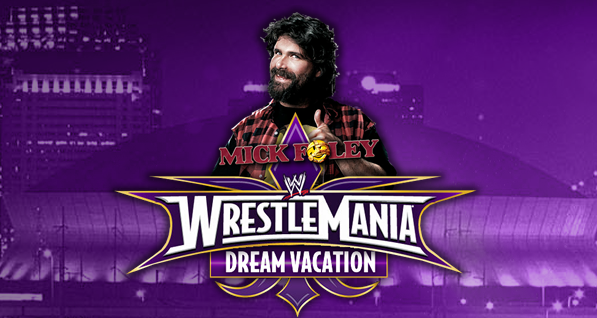 I’ll admit that if I had a Mount Rushmore of favorite wrestlers that Mick Foley would be in a battle royal with Hulk Hogan, Stone Cold Steve Austin, The Rock, Chris Jericho, Eddie Guerrero, and Daniel Bryan vying for those four spots. So part of this post is because I simply enjoy Foley’s work, both in and out of the ring.

I went to his comedy show in San Francisco nearly a year ago and have met him at other events like Comic Con. I’ve bought all of his autobiographies (yes, plural) and enjoyed his novels Tietam Brown and Scooter.

While, I don’t have near the reach of Foley and his wrestling brethren, I still would like to give visibility to our readers about his awe-inspiring raffle.

Here’s how the raffle works:
– The raffle is hosted at Net Raffle (you can also get there by going through Foley’s website).
– The tickets start out at two dollars apiece, though you must buy at least five. If you buy 10 or more, the price per ticket decreases.

Here’s what you can win: 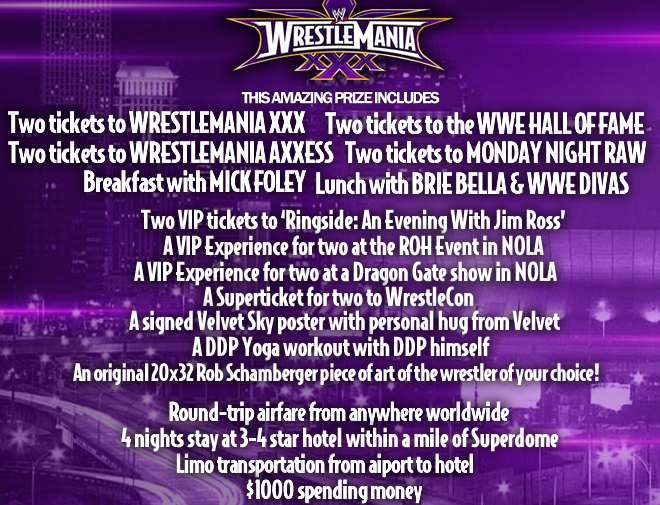 I’m not sure how one could even get through all of that.

The raffle ends Monday, so you still have the weekend to get involved. It’s for a great cause and one that Foley definitely cares deeply about. I bought five tickets and I probably couldn’t even go if by the sheer luck, I won.

Take a shot, buy some tickets, and even if you don’t win, you’re donating to a great cause.