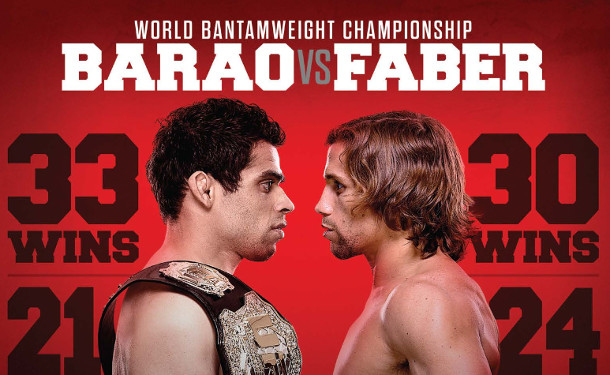 Well, the prelim fights were a snoozer.

These guys came out banging. Both guys landed huge shots. And right when Rogan said they were throwing, “Your momma jokes,” Trujillo went for a takedown, got reversed and stuck into a North/South choke. Looked deep, but Varner’s arms may have gotten tired. Trujillo looks like he has more power, but is leaving himself open to eating a big shot. Varner gets the round for the near sub.

These guys are insane. Varner threw a nasty left hook that buckled Trujillo, but he came back and buckled Varner. These guys are punch drunk and exhausted. Trujillo went for Varner’s leg as he was hurt. He caught himself some time and then looked to be badly hurt. He threw a short right that froze Varner to end the fight.

Winner: Abel Trujillo by way of 2nd round TKO

GIF of the knockout by @ZProphet_MMA:

Not much to the round except for a double heel hook spot. Lineker landed more strikes, but he was also taken down early.

Lineker definitely took the second. Landed a lot of body shots and Bagautinov was doing a lot of moving. Lineker stalks him down like prey.

Bagautinov took Lineker down twice, including once with a nice slam. Lineker kept trying to hunt him down, but couldn’t get to him. Bagautinov played keep away late, including making fun of Lineker for putting him in a heel hook late when he was standing and Lineker was on his back.

All the scores were 29-28 for Bagautinov.

They fought the first 90 seconds like they both took the over. Then Overeem hit him with a left-handed slap and push. He hit him and pushed him back and just annihilated him on the ground cracking him right in the ear while holding one of his hands behind his head. He also landed two knees to the body. Back on their feet, Mir fell to his guard, but couldn’t do anything.

Reem kept landing the knees to the body after they’d clinch. Mir got a takedown and went for a guillotine, but Overeem popped his head out and immediately threw an elbow right to Mir’s face. Mir’s busted open.

Mir just didn’t have it. Overeem didn’t take any chances here. He landed a weird looping uppercut that snapped Mir’s head back. Mir looked out of it early and at some parts in the third, but he finished the fight.

Aldo spent the round timing Lamas, who tried some high kicks, and threw low kicks that were checked. Lamas threw a kick that Aldo caught and Aldo backed him up against the cage and landed some lethal body shots. No wrestling at all from Lamas.

Second round was a very lethal display of leg kicks. Aldo has destroyed Lamas’ front leg to the point that he’s having a hard time putting weight on it. He also landed some straight right hands. This could get ugly in the third.

Very similar to the second, but Aldo didn’t test his legs as much. Lamas went for a takedown finally, but didn’t get it. He landed some glancing blows as well, but it was still easily Aldo’s round. He is mixing up his combinations brilliantly.

A lot of ground work in the 4th with Aldo spending a lot of time trying to get Lamas back and lock in a rear naked choke. Joe Rogan is trying to sell the idea that Aldo is getting tired, but it absolutely didn’t look that way all round. It’s a shutout.

It was Lamas’ best round. Aldo actually took him down, but Lamas ended up on top and started throwing punches and elbows that were landing. Aldo held on and was never in any real trouble. I have it 4-1 for Aldo.