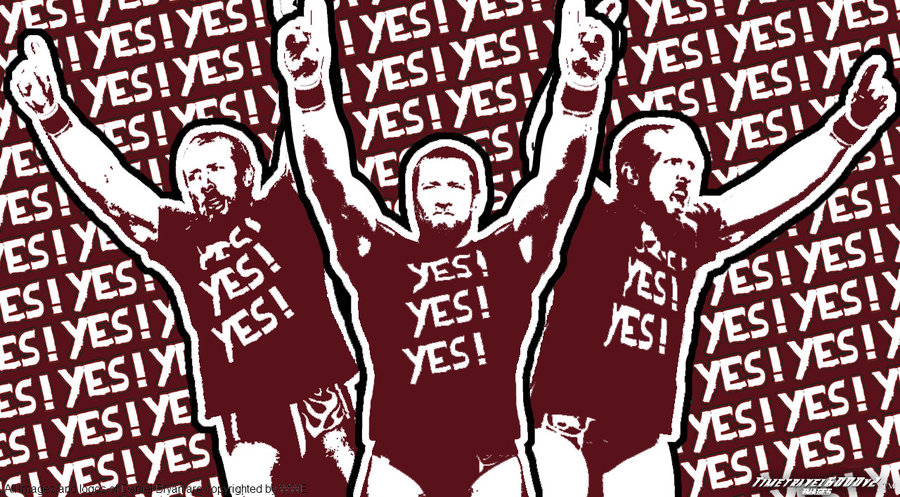 I don’t usually play fantasy booker as I’m just a hardcore fan who enjoys to see where story lines go next. I usually leave the booking to my friend John LaRocca.

That being said, I do think there is a smart way to book Daniel Bryan from here until WrestleMania.

A few things need to be able to happen for my idea to work.

1. CM Punk either can’t come back or if he does, they move him away from Triple H.

2. Triple H and Stephanie need to embrace being assholes (which I don’t think is hard for Steph).

3. WWE needs to pull the trigger on him finally.

After teasing fans with how Bryan was booked at the Royal Rumble… Actually, let me take that back. They didn’t promote him for the Royal Rumble match. So the fans created that. Then again, if everyone wanted him in, he should’ve been in.

But part of the problem with trying to book Daniel Bryan long term for the WWE World Championship is all the damage they did in the fall with him from the Dusty finishes to the screw jobs to the false starts. At the end of everything, no matter what happened, he failed in his pursuit.

To his credit, he never lost popularity and I think fans are cheering him just as loudly now as they did last fall when they thought he was going to win it all.

At Elimination Chamber, it comes down to John Cena, Bryan, and Randy Orton. Cena has Orton finished and in the AA. Bryan rushes Cena and hits him with the flying knee. Bryan pins Cena. Right as Bryan starts doing the Yes chants, Orton hits him with a RKO to keep the title.

On Raw, Triple H and Stephanie come out and talk about how they at one point were considering Bryan to be the face of the WWE. But after he took his eye off the ball, they don’t feel that he has the goods and it will be a long time until he receives another shot at the gold. Bryan gets upset and steps toward Triple H. Stephanie tries to intervene, but he puts his hand to her face like Dusty Rhodes did several months ago. Triple H tells him that he better back down.

Bryan tells him that he’s sick and tired of having the Authority call the shots. He hates the idea of a face of the WWE. The best wrestler should be the champion. This is why CM Punk left. He knows that Batista is getting the next shot at WrestleMania. He deserved it after winning the Royal Rumble. But there’s one other match that he wants. It’s a match against Triple H. If Bryan loses, he’ll stop the Yes chants, he’ll cut his hair, he’ll cut his beard. But if he beats Triple H, he gets the next shot at Extreme Rules against the winner of Randy Orton vs. Batista. Triple H accepts. 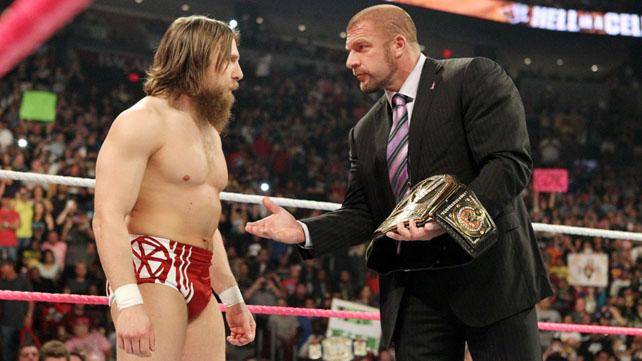 On the next Raws until WrestleMania, Stephanie tries to make Bryan’s life hell. She says that since Triple H is returning to being an active competitor, she is in charge.

She makes Bryan run through the gauntlet of Triple H cronies. He has to face Kane, who he beats. He has to face the New Age Outlaws in a handicap match, which he does. She looks for people trying to get in good favor of the Authority and they all fail. She asks Randy Orton to beat Bryan and on the Raw before WrestleMania, thanks to Triple H’s interference, Orton beats Bryan.

And finally, Stephanie says that Shawn Michaels will be the referee at WrestleMania for their match.

If Bryan was in a match with Sheamus like he was scheduled to be in, I wouldn’t put him on last. I’d put Undertaker vs. Brock Lesnar on last. But since a match with Triple H would create an awesome dynamic with the crowd, I’d put it on last. Third from the top, I’d have Batista beat Orton for the title (it’s possible they could double turn here, though Orton sucks as a face). In the main event, Triple H dominates much of the match, setting up Bryan’s big comeback. Shawn calls the match down the line, though he’s conflicted. Bryan has Triple H in the LaBelle Lock and Batista (still a babyface) comes out and breaks it up.

Triple H hits the pedigree, but Bryan kicks out. Triple H is upset at Michaels for what he considers a slow count. He calms down and pats Michaels on the shoulder and he turns around and eats a flying knee. Michaels counts the pin and Bryan wins the match.

From here, the deck is stacked against Bryan again as he is the number one contender for Batista’s title at Extreme Rules. The fact that Batista broke up the pin shows that he’s concerned with Bryan. Stephanie is pissed at Bryan, but she’s convinced that Batista won’t lose to the smaller man. In their match, he asks Shawn Michaels to be the referee again and Triple H will be the enforcer on the outside.

During the match, Triple H tries to interfere, but Michaels hits him with the superkick, Bryan hits Batista with the knee, and wins the WWE World Heavyweight title.

The run from Hell In A Cell comes full circle.