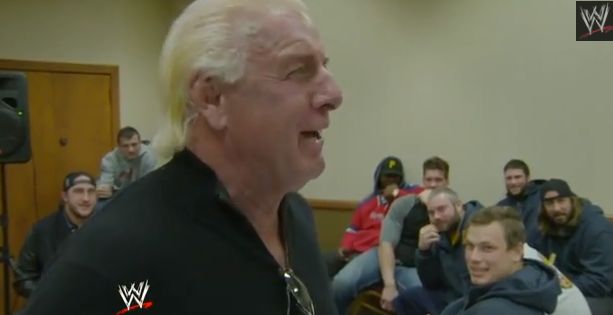 Saturday night, Ric Flair showed up in Green Bay to give the San Francisco 49ers a little bit of inspiration. I’d heard that the players were watching his old interviews and doing his patented, “Woooo!” after victories during the season. It sounds like Cowboy Justin Smith reached out to WWE to set up Flair’s chat with the team before their Sunday Wild Card victory over the Green Bay Packers.

It must’ve worked as the team looked like a bunch of limousine riding, jet flying, kiss steeling, wheeling dealing, son of a guns. And we know that Colin Kaepernick makes all the girls cry.

Check out the video of his speech below: