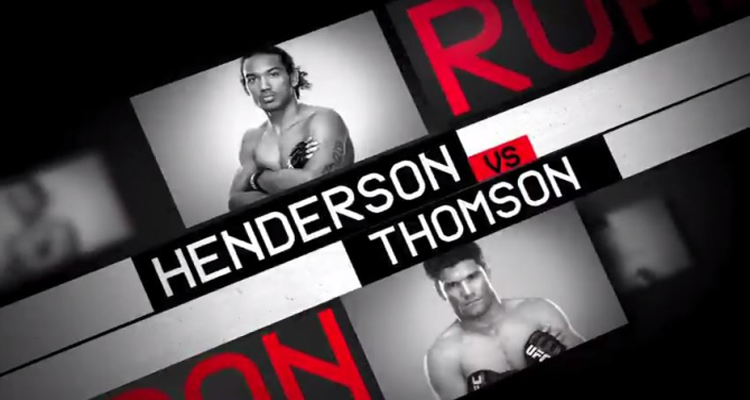 For 2014, we’re going to keep track of our picks for most of the UFC main card fights. In addition to the FGB crew, included in our picks will be John LaRocca, president of Premier Wrestling, Heidi Fang from MMA Fight Corner, and Alex Goff from Online World Of Wrestling.

We’ll tally them up after every main show (UFC on Fox, UFC PPVs, and important UFC Fight Night cards) and keep track throughout the year. It should be a blast.

But we’re also going to still preview the big fights. For this show, we’ll preview the main event as well as Gabriel Gonzaga vs. Stipe Miocic, and share the rest of our picks.

John: Gabriel Gonzaga by 1st round TKO
For the UFC, it would be best for Miocic to win since it will be someone fresh in the heavyweight division moving up the card. But, I am going with my gut here and how impressive Gonzaga has looked in his last two fights. I am going to say Gonzaga continues his momentum with another knockout in the first round.

Heidi: Gabriel Gonzaga by 2nd round TKO
Stipe Miocic catapulted himself into the division’s top ten by defeating Roy Nelson in a one-sided beat down. When he travels 6 hours away from his hometown to meet Gabriel Gonzaga, another tall task lies ahead of him. In Gonzaga’s resurgence with the UFC, he’s only lost to Travis Browne, who is now en route to a title shot. Gonzaga is capable of finishing opponents by submission or knockout and has a very diverse skill-set. He’s stayed on a roll winning 4 of his last 5 and carries momentum of back-to-back KO wins into this battle. It’s because of those facts that I see Gonzaga taking the win over Stipe.

Alex: Stipe Miocic by decision
Stipe Miocic has something to prove. He was once touted as a future prospect in the heavyweight division. Despite only losing one fight, I don’t think he’s in the conversation of being a top heavyweight. His last performance was a well-executed underwhelming avoidance of Roy Nelson’s fist that garnered him the victory last June. Having a victory over Roy Nelson is great to have on the resume and this Saturday he fights another big heavyweight in Gabriel Gonzaga. I believe the pace in which Stipe will fight will deliver him to victory this Saturday night. I’d like to see him win in an impressive fashion to get his ball rolling, but I don’t see it happening.

Duan: Benson Henderson
I just have a feeling this will be a bad match up for Thompson. In Henderson he faces a guy, who is a little bit fresher, a little bit more dynamic and maybe a slight better skilled to. This is a big, big fight for Ben coming off his title loss. Another defeat at this point would be catastrophic. He needs to put himself back in the picture with this fight and I think he will perform accordingly. I expect it to be close, as nearly all of Henderson’s fights are, but those are the type of bouts he knows how to win, and the type of bout Thompson usually falls short in.

Alan: Benson Henderson by decision
I’m in agreement with Duan, I just don’t see a route to victory for Thomson here. I think Benson will be able to smother him by just being a step ahead and a good bit stronger. Henderson is going to have laser focus coming off his loss, and he’s the type of crazy motivated guy who will come back stronger and better from that type of thing. Josh is a hell of a fighter but this is just not the match-up for him.

Heidi: Benson Henderson by decision
In speaking with Josh Thomson recently, I saw a red flag go off when he mentioned how difficult his training camp has been ahead of fighting Henderson. Being that Thomson thought he’d fight Pettis at UFC on FOX 9, he’s been training nonstop and it seems somehow the camp he’s had has frustrated him. Take nothing away from the perennial contender who stopped Nate Diaz with strikes and who’s gone the distance with Gilbert Melendez twice and defeated him once. But a hungry Henderson who is on the hunt for redemption could be the most dangerous man Thomson has yet to face.

Jim: Benson Henderson by decision
I have to agree with my fellow FGB’ers that Henderson is probably just a step ahead of a battle worn and injury prone Josh Thomson. Thomson has said that this was not a good training camp and in order to beat Henderson I think Josh would have to be the best he’s ever been. MMA math would say that Melendez and Thomson had three classic barn burners and that Melendez and Henderson also had a fight of the year candidate so this one should come close to the Melendez/Henderson fight, but I don’t think we’ll be that lucky. Henderson will keep his distance, work Josh’s legs with his brutal kicks, and control the fight when it hits the ground. I think we’ll end up with a competitive, but decisive win for Henderson.

GG: Benson Henderson by decision
I think this will be a highly competitive fight, but after losing his title, I think Henderson may play it a bit more safe than normal. There’s an outside chance that Thomson is able to land a shot and put Henderson on his back, but Henderson’s too smart defensively to allow Thomson to put together big shots like the Punk was able to do against Nate Diaz. The problem for Thomson is that Henderson is younger and just a little bit better at everything Josh does. However, the Punk does very well in the underdog role. I think he makes it close, but Benson pulls away in the last two rounds.