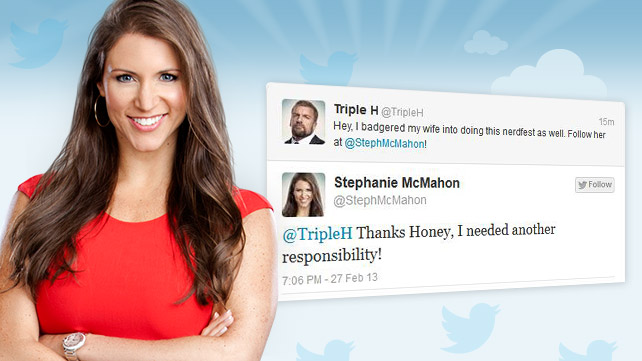 Once upon a time, some of the best parts of a WWE live show experience was after the cameras were off. Guys like The Rock, Stone Cold Steve Austin, and Chris Jericho would go on for another 20 minutes to give the fans something extra special.

While I haven’t been to too many TV tapings over the years, I did go to a Raw taping and Smackdown taping in 2013 and the show ended right when the TV portion ended.

After the Slammy Awards last night, Booker T, Stephanie McMahon, and CM Punk in his underpants gave fans something extra.

It’s rare that you see Stephanie McMahon act the fool, but thanks to Booker T, she does.

Stephanie McMahon does the Spinaroonie

But that’s not all. Booker T called out CM Punk who came out with no pants on. And no, they weren’t wrestling tights. Punk did his own version of the Spinaroonie and also gave Stephanie a near naked hug.