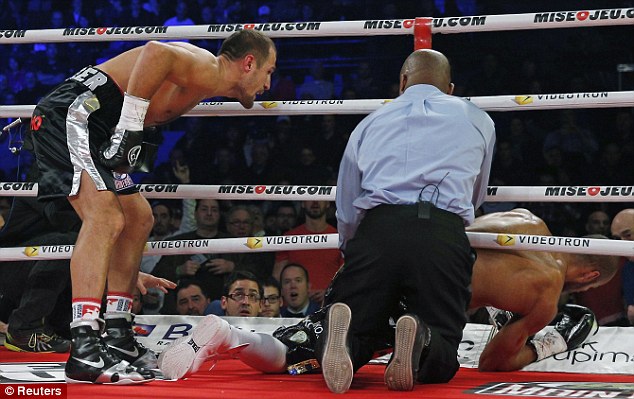 While I was watching The Ultimate Fighter finale on Saturday, there were two boxing matches being held in Quebec. Adonis Stevenson stopped Tony Bellew in the 6th round while on the undercard, Sergey Kovalev knocked Ismail Sillakh under the bottom rope in the second round.

Kovalev put Sillakh down with a hard right hand and then followed up ferociously (Mike Tyson voice) and finished him.

Here’s what Duan had to say about him:

Kovalov is the best light heavyweight to come along in an age. The ease he’s taking out top flight opponents is genuinely scary. (Andre) Ward is going to have some people to fight. It’s just going to take a minute.

Check out the video where Kovalev knocks out Sillakh: