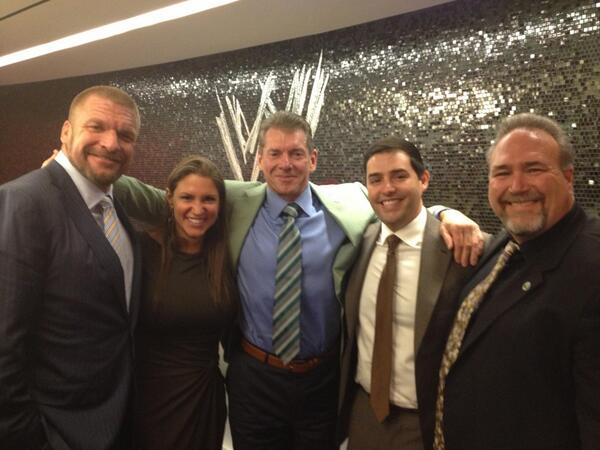 Earlier in the fall, there was scuttlebutt that the WrestleMania 31 location was between the Bay Area and Philadelphia. In 2014, the San Francisco 49ers open up the brand new Levi’s Stadium in Santa Clara, Calif., which will also cater to huge mega-events. With better weather and also hosting Super Bowl L which fits the WWE pattern of holding WrestleMania in stadiums right before the Super Bowl comes to town, there was a feeling that the Bay Area had the inside track.

As for the extra curricular activities, San Jose will have the fans covered.

WrestleMania Week — much in the same vein as Super Bowl week — also features several other smaller events. That will include the WWE Hall of Fame and Monday Night Raw, both at SAP Center at San Jose, and a fan festival at the San Jose Convention Center.

On Tuesday morning, Vince McMahon will give it his WWE stamp of approval at a press conference in Santa Clara. Joining him will be John Cena, 49ers CEO Jed York, star tight end Vernon Davis and other officials from San Jose and Santa Clara.