If you missed the year end boxing podcast that I did with Duan, check out it. It was a really fun 85 minutes of pure boxing talk. One of the things we did was look forward to 2014 and try to come up with fights that make sense for some of the bigger named fighters.

The biggest of course is a possible Floyd Mayweather vs. Manny Pacquiao fight. It would’ve been the biggest possible fight in the last eight years and I don’t think that changes in 2014. It’s still bigger than any other fight out there. And yet, I don’t expect it to happen for all the reasons we’ve gone over 100 times.

While it wouldn’t be unlike Floyd Mayweather to make fun of Manny Pacquiao for the sake of making fun of Manny, today, he posted a “Christmas Card” that would lead me to believe that there’s some intent behind it. Is he trying to get people excited for a fight that will never happen? He’s too smart for that. Is he trying to put some pressure on Manny to get back in negotiations? Possibly.

What do you think? Is this a precursor to future talks between the two? Or is Floyd just being snarky? Check out Floyd’s Christmas Card below. 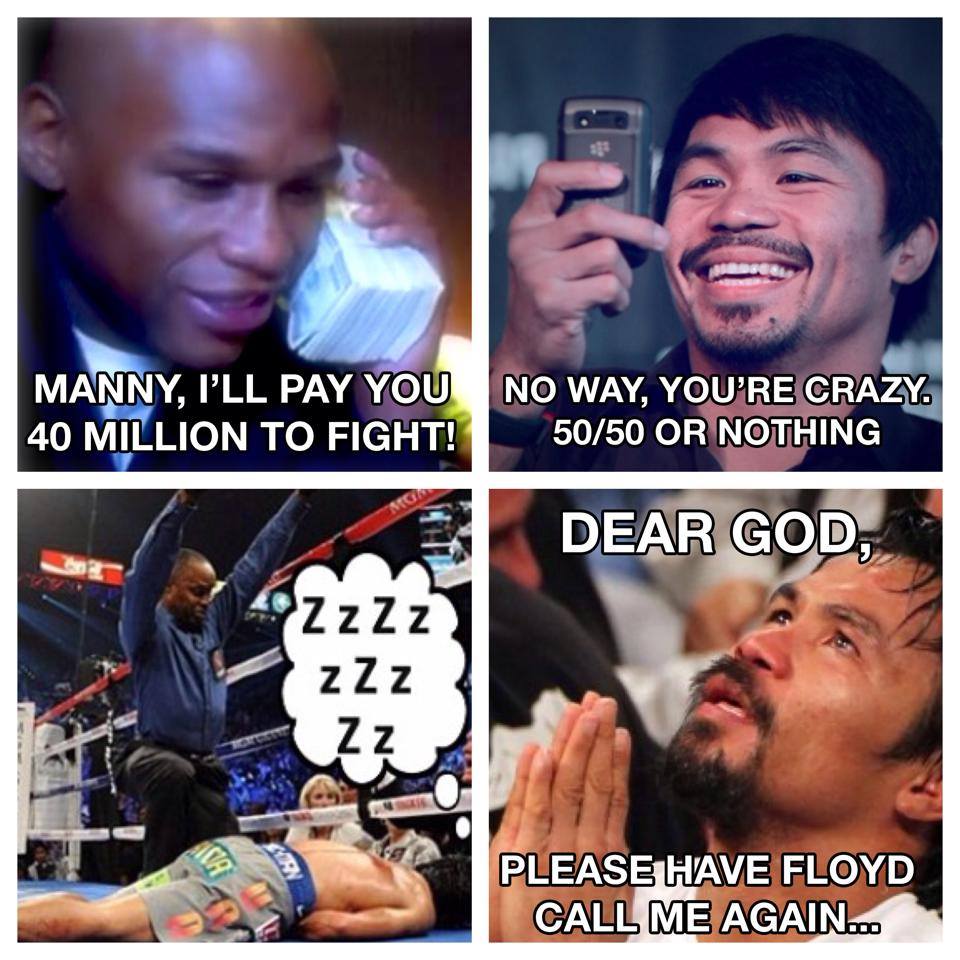