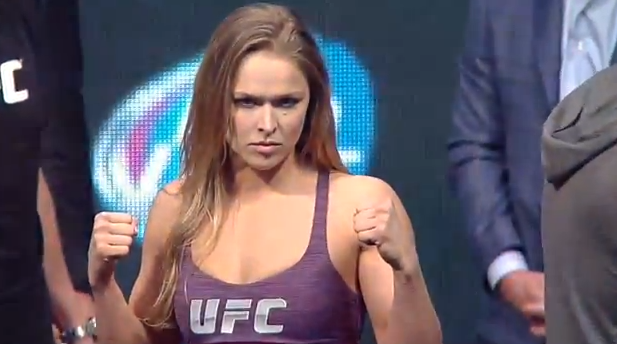 This is the third and last of our year in review podcasts.

A week and a half ago, Duan and I discussed the year in boxing. On Christmas Eve, Big D and I took a look back at WWE in 2013. And now, Heidi Fang (@HeidiFang) from MMA Fight Corner joins me to discuss the end of the year in UFC as well as UFC 168.

Here’s what we discuss in our UFC year in review podcast:

– UFC 168 and how the main event ended
– What’s next for Anderson Silva, Chris Weidman, and the entire middleweight division
– Ronda Rousey as the UFC’s biggest shining star
– Her upcoming fights against Sara McMann and possibly Cat Zingano
– A quick look at 2013 for Bellator, WSOF, and Invicta
– Heidi’s picks for favorite fight, favorite event covered, favorite interview, and who she thinks breaks out in 2014
– UFC Fight Pass
– Dream matches for 2014