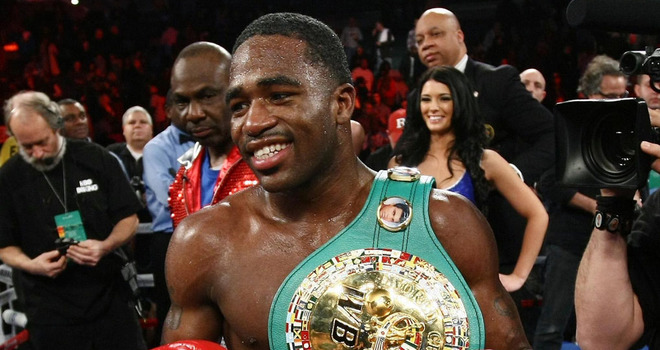 On Saturday, Adrien Broner and Marcos Maidana mix it up in a great match-up to end the boxing year. It’s a fight that should be impactful both in the ring as well as in boxing’s perception of Adrien Broner. In Maidana, he faces a talented puncher of the likes he hasn’t faced before. If Broner is the real deal, he should beat Maidana. But if he isn’t, we could see a fight like Maidana once had with Victor Ortiz.

Duan and I give our thoughts below.

Duan:
Broner needs a performance on Saturday. While he’s no doubt one of the sport’s fastest rising stars, there’s always been a question over how much of it is a product of his personality and how much of it he has earned inside the ropes. A strong showing in 2012 sawed off some of the skeptics, but substandard outings so far this year have caused them to again surface. A so-so performance versus Gavin Rees back in February, followed by a serious struggle in his welterweight debut in June against Malignaggi, is not a form-line reflective of a potential pound for pound breakout superstar. Ironically though, he’s got more eyes on him now than ever before.

The Malignaggi fight may have been an aberration. A blip the result of division hopping. Maidana had one of his own against Devon Alexander when he first stepped up to 147. Maybe too much was expected from Broner in his first bout two weight classes up, but if he’s going to make it as a welterweight, he needs to get it right this time because Maidana will test him. This is the challenge Broner needs: a boxer as honest and tough as they come, a hundred percent resolute and with the power to damage. Simply put, if you are missing something, anything, Maidana will find that out. This is sink or swim time for Adrien Broner the fighter. If he’s going to succeed Floyd Mayweather, it starts here.

When it comes down to it, Broner has showed up big when he’s needed to and that’s what I’m expecting again here. He knows he’s in deep this time and that will bring something extra out of him. Maidana’s open, come forward style should suit him to. Broner will probably drop him at some point (Marcos takes a count in nearly all of his fights), but his powers of recovery are exceptional, so I can’t see a stoppage happening. I do think though that this could be the night that Broner makes believers out of most, and in the process, puts himself in the conversation for the big money fights.

GG:
I will admit to enjoying Adrien Broner’s shenanigans for the most part. He’s an entertaining guy living in a social media world and trying to utilize that to market himself best. Sometimes it works. Many times it doesn’t. But I respect the self-marketing. More fighters would benefit from doing the same, though maybe in a more classy way.

But the self-marketing is there to hype you up as a performer. Like Duan said, even though Broner’s been disappointing in 2013, he’s still one of the more talked about fighters. The self-marketing is for focusing eye balls on what matters; when you step inside the ring. So it’s put up or shut up for Broner.

Maidana is going to give this guy all he’s worth. I just think Broner’s too talented and slick to stand there and let Maidana bang on him. In fact, I think he’ll do more of the banging and Maidana will be frustrated near the end of the fight. But if Broner isn’t ready for the pressure, this could be one of the best fights of the year. Maidana will bang and maybe Broner will have to bang back.