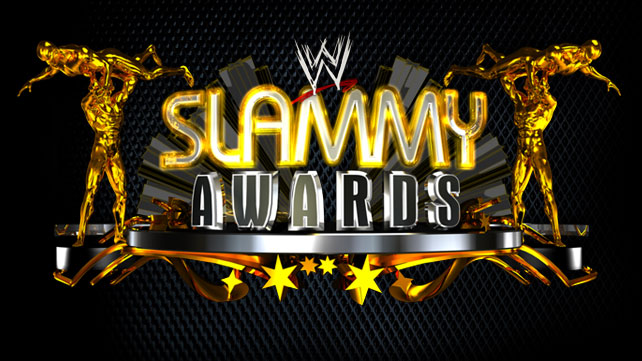 I’m going to take a one-week break from the Raw Rerun since this is what can be considered a special episode of Monday Night Raw. Or at least slightly special.

But the Raw Rerun will be back next week. I’ll leave you with a little bit of Rerun in case you miss him.

Okay, that’s enough of Rerun. Let’s get to the Slammy’s!

8:05: Daniel Bryan comes out smiling even though in the past couple weeks he’d been kidnapped and either left in the ditch or molested by the Wyatt Family. Why is he smiling? Because he loves the Slammy’s!

8:13: Oh, that’s why he was smiling. He just obliterated Fandango.

8:27: The only nominee that was halfway funny was the Rock singing to Vickie Guerrero and thankfully, it won. At least we got to see Rock on TV in clip form.

8:37: The Shield say that they don’t double cross anyone, so they can’t be part of the Double Cross Of The Year. But they will introduce the award. There were some good ones this year. Mark Henry’s promo was excellent. Shawn Michaels super kicked Daniel Bryan for no reason. Paul Heyman jumped his best friend CM Punk. And of course Triple H did a Pearl Harbor job on Daniel Bryan. By the way, The Miz turning on Kofi Kingston was last. 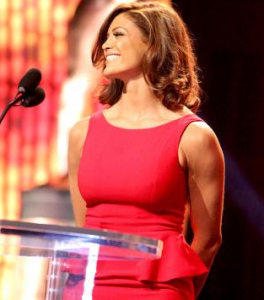 9:02 I hope they really don’t start calling the tag team of Ryback and Curtis Axel, Rybaxel. The Axel part of that team lost a very fun 8-man tag after taking a Rey Mysterio splash off the top rope.

9:16: Daniel Bryan won Superstar Of The Year with HB-Shizzle presenting. If Booker T vs. Buff Bagwell got the Daniel Bryan Seattle pop, they’d still be in existence.

9:31: Hunico Cara beat Alberto Del Rio again, but may have destroyed his brain in the process. He powerbombed Del Rio from the top and just killed him. Del Rio was diagnosed with a concussion according to Dave Meltzer.

9:40: Daniel Bryan won the Fan Participation Award for the Yes! chants. He’s over like Michael Jackson at the 1984 Grammy Awards.

9:56: The Miz introduced the award for Insult Of The Year. In a bit of an upset, his career won.

10:29: WWE brought out Mick Foley who fell off the top of the Hell In A Cell cage to give out the Extreme Moment Of The Year. Foley said that the bar has been raised in 2013. He told a white lie. Because the winner was CM Punk whose Extreme Moment was hitting Paul Heyman on top of the cell with a kendo stick.

10:50: Bret Hart introduced the award for Match Of The Year and oddly, John Cena vs. The Rock at WrestleMania 29, which may have been the worst match of the four nominees, won. I think Bret thought it was a 4 out of 10, 3 out of 10.

Oddly, the two best matches all year were on the same show and both weren’t nominated. Brock Lesnar vs. CM Punk and Daniel Bryan vs. John Cena were better than anything nominated.

10:59: The Authority brought out all of the former champions into the ring as part of the ascension ceremony. Steph said Triple H was the pinnacle as the 13-time champion. CM Punk laughed uproariously. As Triple H cut his promo, the crowd started to chant for Daniel Bryan and then Yes. I fear for Bryan the next time they come to Seattle.

11:09: Orton came out and called out Mick Foley, Shawn Michaels, and Bret Hart. The crowd continued to chant for Daniel Bryan and “You suck.” Cena brought out Bryan and said he had to work for everything while Orton was a third generation superstar and was given everything. Cena cut one of the best promos of his life. Okay, I’ll say most charismatic. He was so smart tonight. He piggy backed off the Bryan chants so he wouldn’t get booed and just kept on going. He cut down Orton a bit too much for my taste, but the man was on fire.

But of course, one man had to ruin it and that man was Triple H. Orton and Cena went at it. The former champions broke it up. Orton pie faced CM Punk. Punk went after him. Triple H threw Punk down. Punk punched him back. Shawn Michaels super kicked Punk. Bryan drop kicked Michaels. Orton went to RKO Bryan, but Bryan pushed Orton into Stephanie. Stephanie went down and Triple H acted like she died. He then hit Orton with the pedigree.

I get that one of the ideas is that Triple H is frustrated with Orton, but he really shouldn’t have anything to do with this match. That’s what got them into their shitty situation already. He also took the steam away from Cena who was as good as he’s been in a very long time. Then again, what do you expect? It’s Triple H.