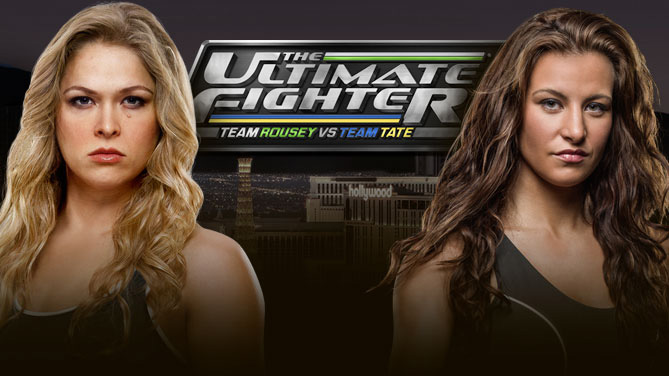 We’ve been covering this season of Ultimate Fighter all season long. It’s been an excellent season overall and one of the better ones in recent memory. It’s just too bad that it was on Fox Sports 1 and not a lot of folks saw the season.

Let’s get to the Ultimate Fighter 18 finale play by play:

Modafferi was the busier fighter, but Pennington was finding her with her right hand late in the round. Love Modafferri’s heart, but this thing is going to end with her getting knocked out.

Modafferi is trying to grapple as she knows her bread is buttered standing. Pennington is just too strong for her. Pennington is hitting her with straight punches, but not following up with anything to the body. Still, she’s up 2-0. 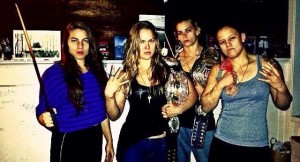 Duke was throwing a combination ending with a left hook to the head, but wasn’t selling out on the punch. She still got the better of the stand-up. Duke sunk in a guillotine that she held onto for at least a minute. She switched it to a triangle and was throwing elbows to her face at the same time.

Both women are tired from the first round and they are fighting at a much slower pace. Duke is still landing the left hook to the head. She’s also trying to throw a right elbow when Morgan gets close. Duke landed the best shot which was a straight right that rocked Morgan. She’s up 2-0.

Duke had a side headlock on Morgan and it turned into Morgan getting Duke’s back. Morgan was doing the most damage in Duke’s half guard and for some reason, Kim Winslow stood them up. She probably heard the boos. On the feet, Duke was getting the better of her again. This is Duke’s fight.

Holdsworth came out the aggressor and landed a couple shots that looked to daze Grant. Every time Grant went on the aggressive, Holdsworth would tie him up.

Holdsworth blasted Grant with a left kick to the face. He followed up with a rear naked choke for the win.

Winner: Chris Holdsworth by way of 2nd round submission

Pena wants this fight on the ground. She got an immediate takedown and Rakoczy kicked her off, but she went back down again immediately. Rakoczy needs to hold on and get to round two. Pena is fierce. She got the mount and nailed her with elbows and fists. Rakoczy is doing a good job covering up and holding on, but with a second or two left, Mario Yamasaki stopped it. If you’re going to let it go that far, you should’ve let it go to the end of the round. It’s not like he didn’t hear the 10 second clap. At any point, this was going to be a bad night for Rakoczy.

Wow! Nate Diaz destroyed him like I’ve never seen anyone destroy Gray. Maynard got an early takedown and Diaz fought him off. Back on their feet, Diaz caught him with a short left that wobbled Maynard and he lit him up with about 25 hard punches. Maynard was too tough for his own good. He took so many unnecessary shots because his instinct was to fight back. But he was out on his feet.