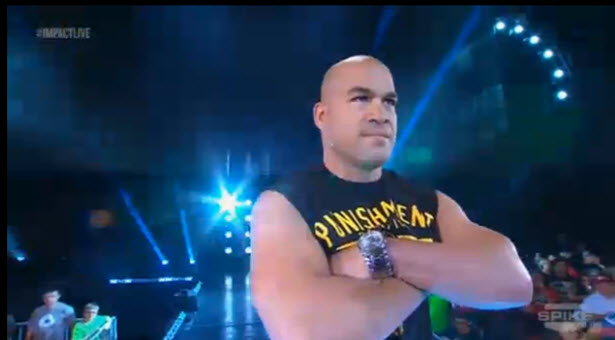 Tito Ortiz is off the upcoming November 2nd Bellator PPV and no, it’s not because of a cracked skull. It’s actually because of a fractured neck. It also doesn’t have anything to do with Jenna Jameson, but I wouldn’t blame him if it did.

Earlier today, he tweeted this: 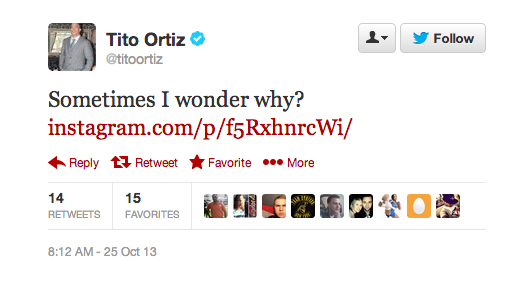 His Instagram photo had this message: “I know everything happens for a reason, but sometimes I wish I knew what the reason was.”

Ariel Helwani’s report was the first that I saw of Ortiz being out of the PPV.

Bellator then held a news conference where Bjorn Rebney made the following things official:

– Ortiz and Rampage Jackson are both off the card.
– The card is no longer a PPV card and will now be on Spike TV.
– The Fightmaster finale between Joe Riggs and Mike Bronzoulis will now be on the main card.
– Eddie Alvarez won’t miss out on his possible PPV bonus (but who knows what that will be?)

Rebney also said that Ortiz vs. Rampage is still a goal. I wonder if Roy Jones Jr. is available? Just kidding.

Thoughts: While it sucks for Ortiz and the company based on whatever splash they were going to try and make on PPV, more people will get to see what is still a fairly stacked live show. I will now watch it for sure.

They can still do the Ortiz vs. Rampage fight if they wish, but it’s hard to believe that anyone who thought Ortiz was half way decent will think that anymore. If I were Bellator, I’d move on to building a Rampage vs. King Mo showdown. Hope that King Mo beats Emanuel Newton and give Rampage someone he can beat.