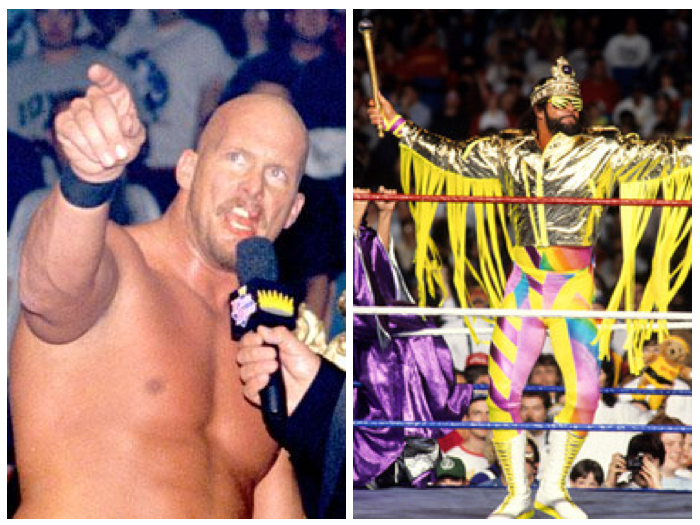 We’re down to our last quarterfinals match-up before we move onto the semifinals. This might be the most intriguing match-up so far.

Alan: Ahhh a rematch from that classic squash match on WCW Saturday Night (or was it The Pro?) in 1995!

Duan: These are two of the most intense and believable guys to ever come through the doors at WWE – maybe even 1 and 2 on that list.

Don: I’m also torn about this one.

Duan: This would probably have the look of a fist fight for most of it, and it mightn’t be that far off one. I’m thinking this would be your classic 90s arena wide brawl which was the standard for so much of Austin’s peak, as well as Savage’s last few good years in the business.

Big D: I love Randy Savage and he was a great king, but the Austin 3:16 promo began the upward cycle that would revitalize the wrestling business.

GG: If we are looking at this during “king” runs, Austin was coming up and Savage was in an up and down run.

Alan: Randy might even go back to his Memphis days and bust out the table piledriver. This one will be wild.

Duan: I’m really having a tough time making a decision here. Overall I preferred Austin as a performer, but I just feel like Savage should get this. I can’t explain it. The big elbow secures a three count for the Madness.

Alan: Athleticism is even, toughness is even, strength is even. I think Steve might be the smarter wrestler, but Savage is crazier (and that could be a good thing). I’m going to give this one to the Macho King but it’s the closest one yet.

GG: Macho King beats Austin in two out of the five votes!

Big D: I’m going the other way. I see this being a great freaking 20 minute match with lots of near falls. I DO NOT see this being a brawl because although both guys are very good at brawling, Austin was much more of scientific mechanic pre-neck injury. Therefore I see a lot of awesome reversals and creative spots, but I see Randy falling for the Stone Cold Stunner and the 1-2-3.

GG: I can’t bet against Austin either. I’m taking him. But man, this would’ve been a fantastic overall program.

Don: I can see it being a long match with a lot of near falls. However, I also see Austin as the type who would give a big “FU” to Savage’s pomp and circumstance. It would have made for a great feud between the two, with a lot of back and forth wins. However, the King of the Ring made Austin, and it turned Savage into even more of a cartoon character. I’ll go with Austin. 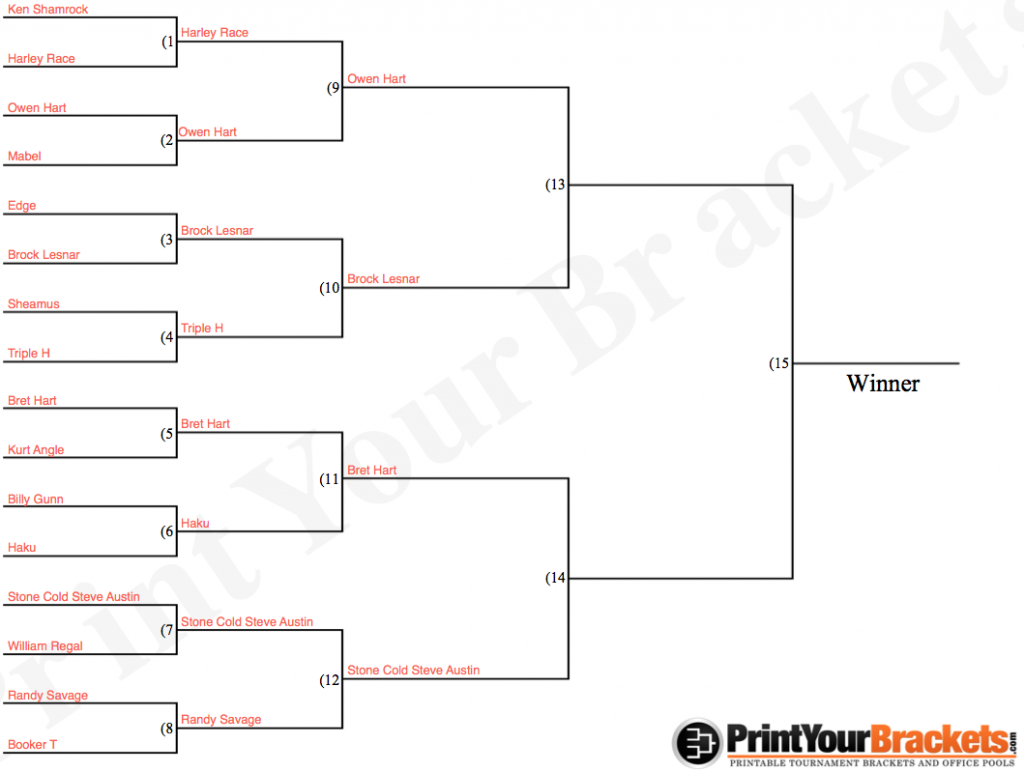