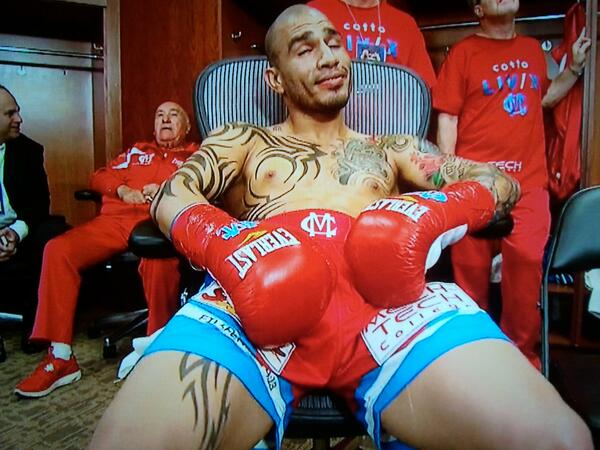 Miguel Cotto lived by the creed that by taking out the body, the head would fall.

His fight against Delvin Rodriguez was a litmus test for promoters everywhere. If Cotto looked great, he could fight Sergio Martinez, Canelo Alvarez, or maybe even Floyd Mayweather and Manny Pacquiao again.

And look good he did. It took him three rounds to bang the body of Delvin Rodriguez, opening up an legitimately nasty overhand left that put Rodriguez down.

Here’s a gif of the knockout by @ZProphet_MMA:

The photo up top is a peaceful Cotto from before the fight. It looks like he’s telling everyone, “Ballz!”