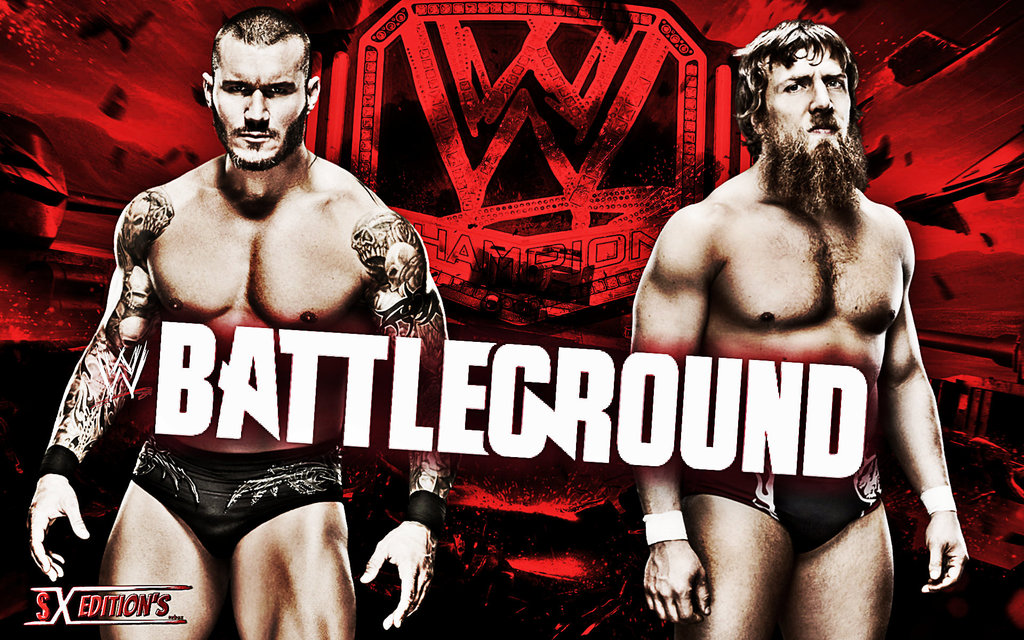 WWE is in a weird spot. On one hand, with John Cena’s injury, Daniel Bryan and Randy Orton have been able to grab the top two spots in the company. In a sense, while I personally enjoy John Cena, it’s a breath of fresh air to see other guys in that top spot. On the other hand, television ratings, thanks in due part to the NFL being back on Monday nights, are way, way down. PPV buyrates for SummerSlam were also way down from the previous year.

They seem to have a long term vision, but you have to wonder if being patient is the right thing or not. Battleground is now two PPVs in a row that aren’t good on paper. And that’s not what you want at this point.

This is quite the match of guys who have been buried of late. I guess Ziggler rubs people the wrong way. But why Sandow? He’s the worst Money In The Bank champion since, well, since Dolph Ziggler. Neither guy is hot, though, this match should be on the live show. I expect Ziggler to win, but more so because he’s a babyface than anything else. It’s a shame because both guys should be booked much better than they are. They are entertaining guys and this is a case of WWE punishing their customers.

Prediction: Dolph Ziggler by pinfall after a Zig Zag

This is a Raw match. Or maybe, even a Main Event match. Axel has definitely become another guy very quickly. And Truth is simply a ring entrance these days. This is the kind of match that doesn’t have any place on a PPV that fans are paying over $50 for. I see Axel keeping the title, maybe even by DQ, but let’s hope that he wins by pinfall here.

Prediction: Curtis Axel by way of pinfall after a Perfect Plex

I’m taking Brie here for two reasons. The first, you’ll learn below when talking about the main event. But the second is for storyline purposes in Total Divas. I can see them really building this up in an episode and probably booking the episode 10 times better than WWE has booked this feud.

I’m a huge fan of AJ, but now without Dolph in the picture, she’s lost some steam. I can see the title change happening here.

Prediction: Brie Bella by pinfall after a X Factor and some possible interference

This is a feud we saw late last year when WWE couldn’t pull the trigger on a Ryback win and here we are again after Ryback became a Paul Heyman guy. The story is really still Heyman vs. Punk, and Ryback hasn’t built his grudge with Punk yet. While Punk should rarely lose since he’s a top star, I don’t think they can beat Ryback again.

But if Punk loses, there has to be shenanigans so a rematch at Hell In A Cell, which is supposed to keep the shenanigans out, makes sense. Heyman, Axel, and maybe even Big E should all have a hand in Punk’s loss.

Prediction: Ryback by pinfall after the Shell Shocked (and shenanigans)

The Shield vs. Cody Rhodes and Goldust

This is my favorite match on the card. I think it’s also been the best built match. I think the only thing that’s lacking is that the common fan doesn’t understand what Dusty’s real job is. Thus, there’s no real heat on him losing his job. It would’ve been better if it was only about Cody and Goldust. Or, you could’ve done something where if they lost, Dusty would have to take another punch from Big Show. That would’ve really gotten heat.

Because the Shield’s tag straps aren’t on the line, Cody and Goldust have to win. Dusty has to give out at least three bionic elbows and he should help them win.

Prediction: Cody Rhodes and Goldust by pinfall after Dusty hits some bionic elbows

It seems like RVD is going to take a break based on what I’ve heard from the reputable wrestling websites. The only thing that throws me off is that this is a hardcore match, which theoretically should mean that it favors RVD. However, if you really want to make Del Rio come off as ruthless, you have him beat RVD at his own game.

I hope they give them time so that RVD can really get into the match and maybe even do some of his crazier dives to the outside.

Much of the intrigue for me is trying to figure out what they’re going to do here. I definitely think Bryan needs to win this match and hold the title for a few months before losing it again and chasing it on the road to WrestleMania. But how does he do it?

If Triple H stacks the deck against Bryan with the Shield interfering, Big Show can finally break and help out Bryan. Then, with it being one on one, Bryan can win the match finally.

On Raw, Stephanie can be so upset with Show that she makes him face Bryan, which is of interest for him because of the storyline arc of him being poor (and you know, the champ makes the dough), but is hard because he doesn’t want to face Bryan.

Or, in the match, there’s a ref bump and Scott Armstrong comes out again and this time, he fast counts Bryan and it was all in Triple H’s plan.

If Bryan finally wins as I think he will, they can bring out Brie with her title. I think it would be a nice feel good moment.