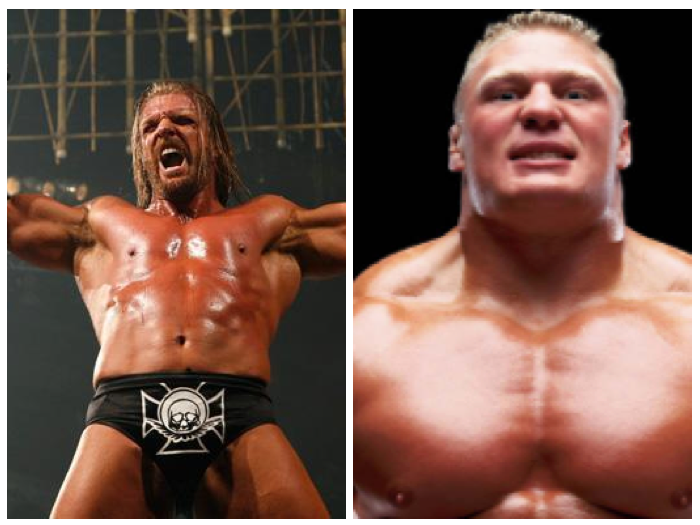 It’s not like we haven’t seen this match before.

GG: My guess is that this will be the only Triple H win.

Big D: Hunter in 1997 was quicker (when he won his King Of The Ring) but he really lacked the size and strength to match up with the monster Brock.

Alan: Brock won their rubber match at Extreme Rules, and I think the 2-1 score was probably a better reflection on HHH than it should have been

Duan: I would have Brock as the babyface monster and Hunter as an annoying obnoxious heel, who you just want to see get smashed to bits. Cheapshots and interference galore for the heat with Brock hulking up and killing everyone for the finish. Done and dusted in 8 to 10 minutes.

Alan: Triple H got lucky at WrestleMania 29 and I think Brock beats him nine out of ten times. Thus he shows his dominance again here.

Don: Brock will smash his way through, but he’ll get caught charging into a turnbuckle-free post. Hunter will surprise him with a roll-up and win.

GG: Even though Don had one solid for Triple H, everyone else chose Brock. So Brock moves on to face Owen Hart in the semi-finals.

The next match-up is an interesting one. Have Bret Hart and Haku/Meng ever had a singles match together? 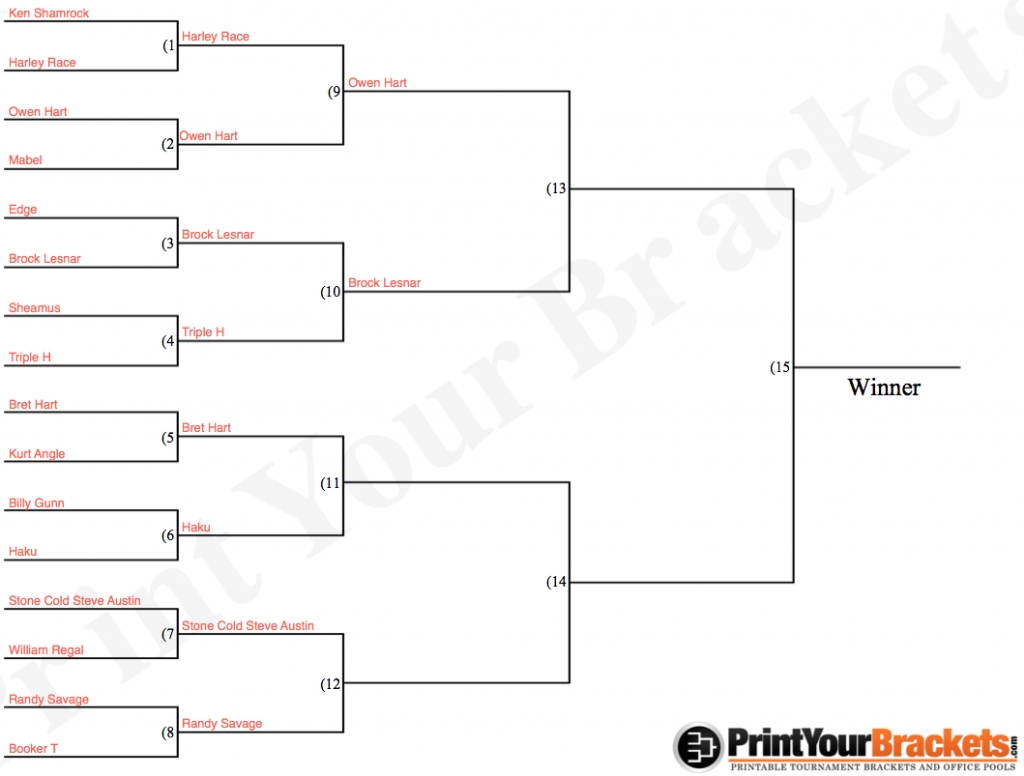