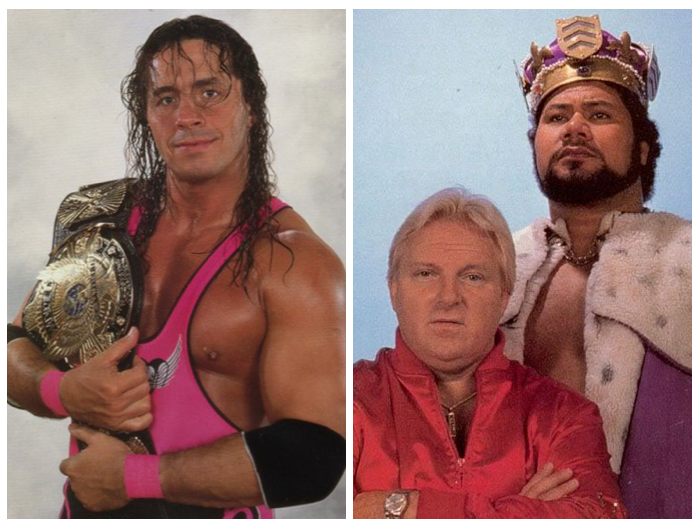 We’re in our second-to-last quarterfinals match-up. In one corner, you have the best there is, was, and ever will be. And in the other, you have one of the toughest guys in wrestling history. It’s Bret Hart vs. Haku. It’s time to debate what should be a fairly simple decision.

Don: This would be a great underdog matchup for Bret.

Alan: I need to find out how many times these two have crossed paths in singles because Haku is like the perfect opponent for a Bret Hart touring champion match.

Duan: Haku is the type of guy Bret would make look awesome.

Don: Of course, the match would have to include Bret hurting his fist on Haku’s head, and then hitting him with a DDT, only to have Haku jump right up. Because I love racial stereotypical spots like that (wink).

GG: What? Haku’s head isn’t harder than everyone else’s? Next thing you’re going to tell me is that JYD’s head was normal as well.

Alan: Maybe only Bam Bam is a better fit for a match with Bret Hart, touring champion. I love all of the Hart Foundation/Islanders matches but Haku was a face for them so the key dynamic is lost.

GG: That should be on his tombstone. Bret Hart, touring champion.

Big D: This is a great match and like Alan said – perfect.

I know they had many tag team matches and I have a feeling that there is mutual respect there. I agree that it should follow the formula of Bret trying to stick and move but Haku keeps coming, not really reeling until Bret hits him with a super clothesline.

Duan: Just by their relative positions in the company, I’m sure everyone would be expecting a Hart win, but I have no doubt they could drag the crowd into it and convince them Haku was going over. Haku, dominates, Bret rallies, the usual sequence of moves with the sharpshooter finish.

Don: I disagree slightly. I don’t see Haku tapping out, so Bret will get the win with a roll up, grabbing the tights. It would be a great back and forth match, with Haku doing all the big man spots, and Bret playing Ricky Steamboat, getting a shot in every once in awhile. In a perfect world, the match would go 20+ minutes, and include a spot with a double clothesline, with both men barely getting up at the ten count.

Alan: This one goes 15 minutes, with Haku eating Bret’s lunch for 12 of them. The beat down of beat downs until Bret makes his standard comeback, Haku leans into everything like a champ and the crowd goes wild. Sharpshooter, ring the bell. Simple, effective and a solid match on our card.

Big D: I agree with the Sharpshooter finish.

GG: I like Don’s finish because even as a good guy, Bret had a hint of “win at all costs” to him and that would work well with the match. It would also show how hard Haku was to put down.

Hart moves onto the semi-finals and he’ll face the winner of Stone Cold Steve Austin vs. The Macho Man, Randy Savage. That one should be a barn burner. 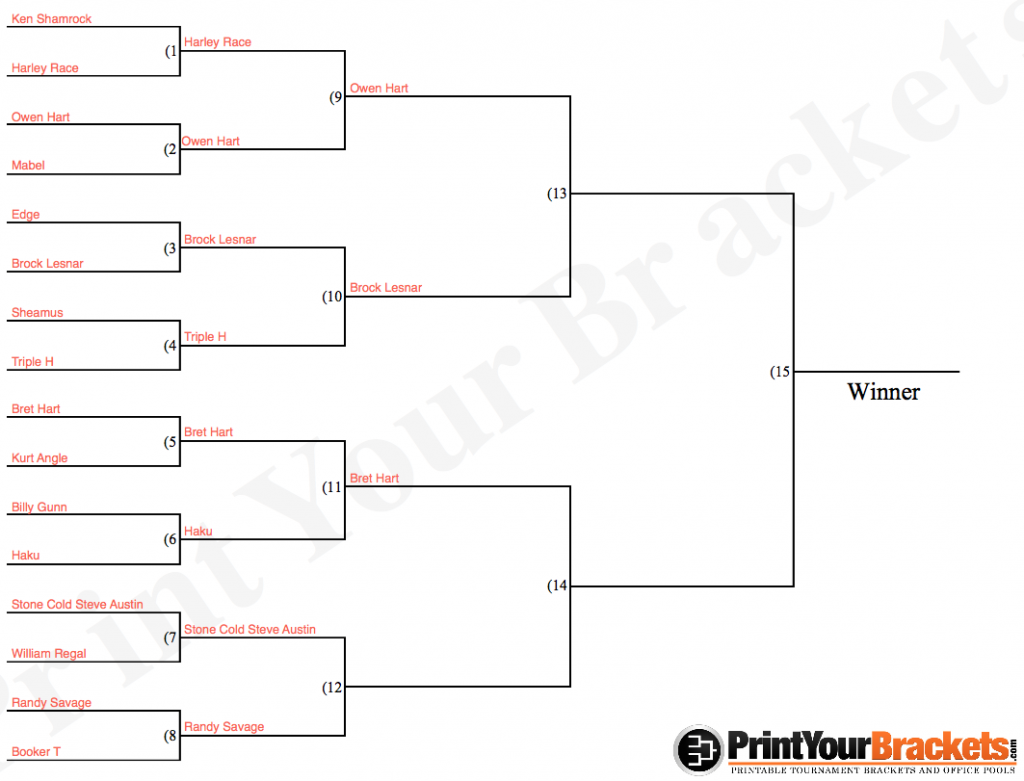