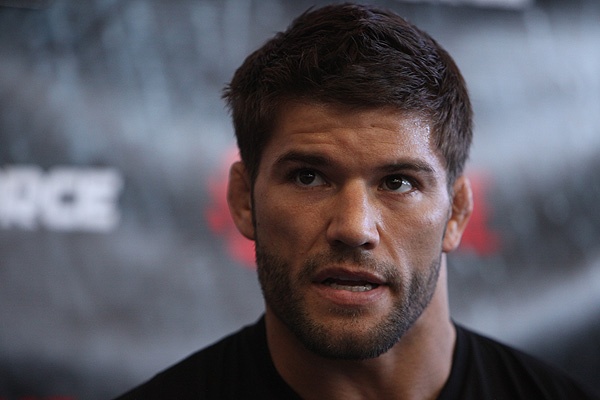 Late Monday night, TJ Grant posted a series of tweets letting everyone know that he won’t be ready for a December 14th fight with lightweight champion Anthony Pettis. 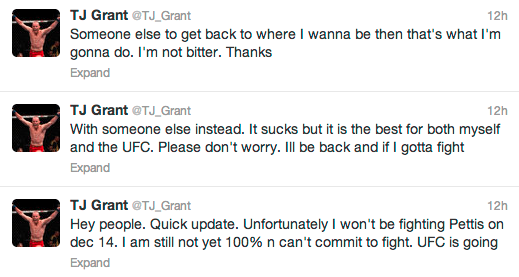 Grant was originally supposed to face Benson Henderson but a concussion suffered in training took him out of the running and he was instead replaced by Anthony Pettis, who beat Henderson for the title last month.

Grant was still listed as the number one contender and talk centered around Pettis defending against him on the UFC ON Fox card in Sacramento on December 14th. Unfortunately for Grant, he still hasn’t recovered from his concussion and had to pull out.

Strikeforce star Josh Thomson was picked as the replacement and will now face Pettis on December 14th. While it’s not in front of his home crowd in San Jose, it’s close enough to San Jose to where Thomson should receive a home crowd reaction.

The 34-year old Thomson stopped Nate Diaz in April on a UFC On Fox card in San Jose.

The card could be a bit of a WEC homecoming, especially if Urijah Faber fights on the card. Sacramento was one of the WEC’s best cities because of the local ties to Faber and other fighters.