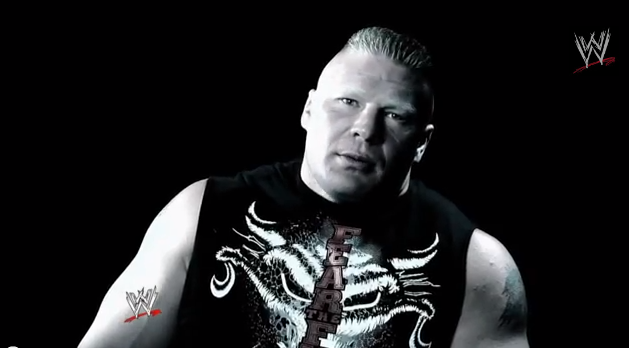 Brock Lesnar wasn’t necessarily on Friday’s Smackdown show, but he taped a great promo setting up his match against CM Punk.

Lesnar doesn’t do a whole lot of talking, especially with Paul Heyman there every week. But he does something really great in this promo; he explains his grudge with Punk. It’s not only a Punk/Heyman grudge, he says. He’s not just a hitman. He doesn’t like Punk either.

While Lesnar’s run in WWE hasn’t had the impact that some have expected, he brings a ton of realism to what is really a TV show with cartoon characters. Punk’s character is the exception to that generally, but it’s because of how he separates himself via his work on the microphone. Otherwise, he’d be like the majority of the wrestlers. Think Ryback. Think Fandango. Lesnar is real in a cartoon world.

SummerSlam is basically a two match show. John Cena vs. Daniel Bryan is about an underdog babyface who people don’t believe in, getting a shot against the champ. But Lesnar and Punk feels personal. Two different main events, which is great variation for your buck.

Check out the Brock Lesnar Smackdown promo below: