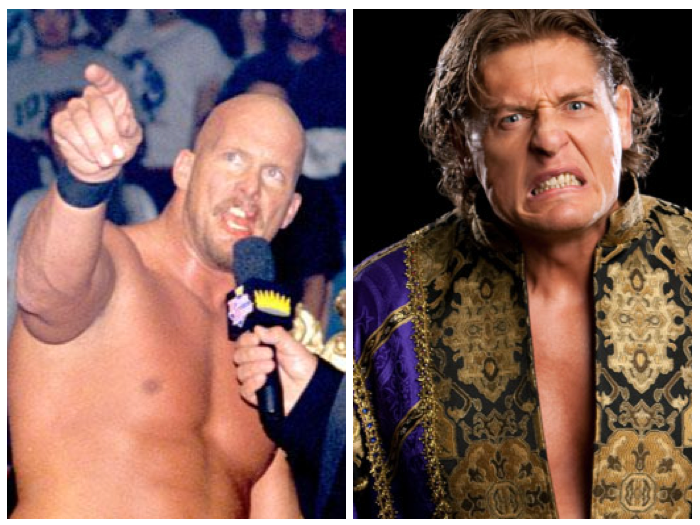 This is your best of mid 90s WCW match-up. On one hand, the former Stunning Steve Austin became the biggest superstar in wrestling. On the other, William Regal became a well-respected, yet underutilized performer when he came to WWE. Vince McMahon simply didn’t like his style.

GG: It’s now time for the toughest SOB versus his Sir William.

Duan: There’s no real point even burying the lead on this one.

Big D: I think it’d be a great match.

Don: With the respect these two men would/should share, being former WCW tag team champions (well, Regal filled in for Flyin’ Brian, but it counts), they’d want to have a great back and forth brawl.

Duan: There’s not much to debate as far as the result goes, but you know…this could be a hell of a match if built correctly and given time.

Alan: I see these two taking it to the mat and putting on a clinic. Gritty, aggressive wrestling will be the order of the day. At some point though, someone’s getting punched in the mouth.

Duan: The unfortunate thing is that if it ever did happen in a WWE tournament, it would only be booked one way, and that’s as a 2 minute squash.

GG: I just watched the Austin King Of The Ring win of 96. The dude was ruthless. I’m not sure Regal has ever been that ruthless in WCW or WWF. Maybe when he was working the carnivals as a child.

Big D: Here’s my finish: Regal goes for the knucks but Austin blocks and punches him back and then takes the knucks then goes outside of the ring and grabs a mic and says “if you want me to hit this stupid son of a bitch in the face with these knucks, give me a hell yeah!” “HELL YEAH”. Austin goes in but the ref is like NO NO! You’ll GET DQd. This gives Regal time to attack him again and work him over until Austin makes his comeback. Stunner. 1-2-3 – then Austin grabs the knucks and waits for Regal to get back up slowly then hits Regal with them and gets a beer and drinks it with the referee, pouring it down upon a lifeless Regal.

Alan: Ever see their strap match in WWF? It’ll look like that. If you’ll excuse MMA analogy, the key difference between these two is that Austin is a great finisher and Regal isn’t. Regal will hang with anyone all day long just brawling or going hold for hold. He doesn’t have the decisive finish though. Steve has his trusty Stunner and when he hits it, it’ll be lights out.

Don: Was thinking a little too hard about this match, but I would go the same route as Alan.

The finish really wouldn’t be in question, but I can see Regal hitting the brass knux and Austin kicking out at the last second. Not a very long match, but a hard hitting one that would be the sleeper of the round. 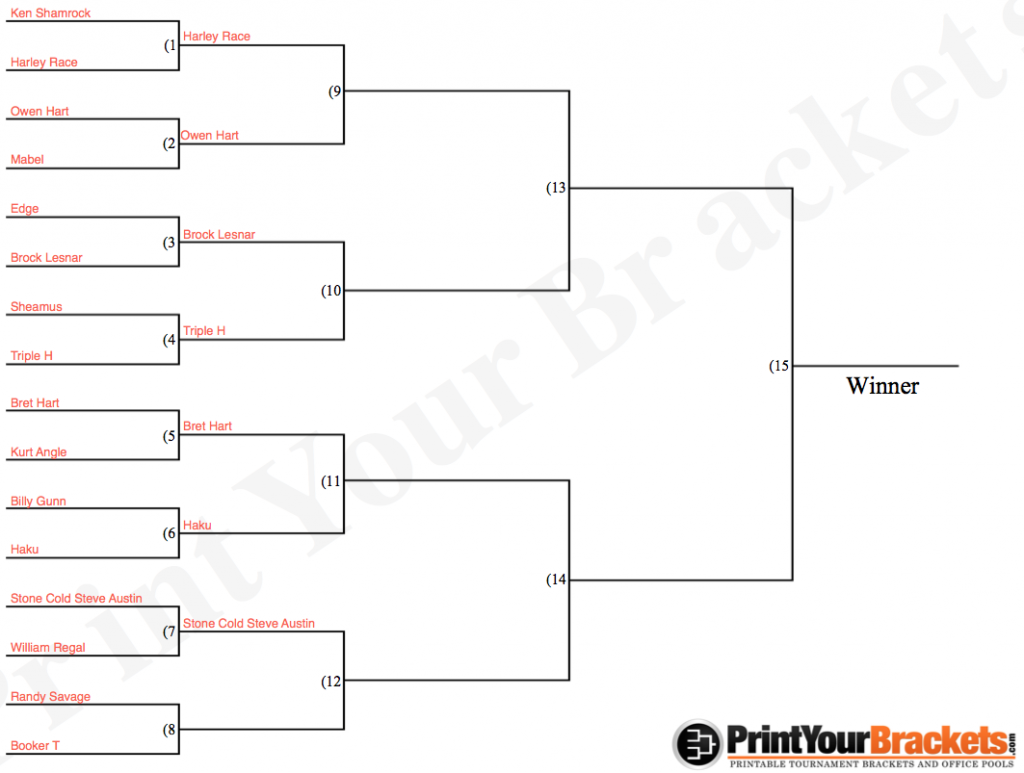