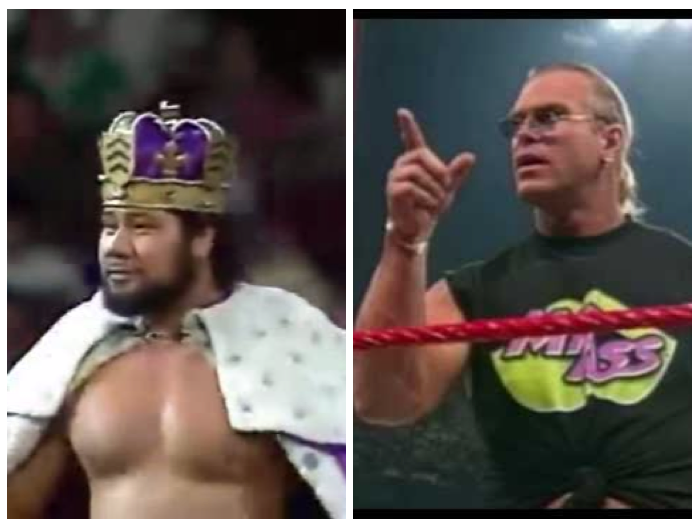 This is probably the worst first round match-up of the tournament, coming right after what was our best when Bret Hart and Kurt Angle collided.

Most of us are big Haku fans and not necessarily Gunn fans, but let’s see how this one shakes out.

Duan: This is the YouTube pre-show match of our tournament.

GG: The one squash of the tourney?

Alan: Here’s the thing with Bill Gunn. I LOVED Bill Gunn for the longest time. I only stopped loving Bill Gunn because I got hammered over the head with people saying how horrible he is, and then I started to believe that myself. But man, in 1993 ain’t nobody had a better running leapfrog than Smokin’ Bill Gunn!

Don: I can see this being a decent match, mainly because it’s freakin’ Meng.

GG: I don’t know if I’d book it as squash. Gunn, while never fantastic, was super athletic and would bump like hell for Haku. While I don’t think they’d ever have a good match, I think they could have a decently competitive one.

Duan: I got to be honest, these two drawing each other is probably the only way one of them could have progressed. Great and all as Haku is, he never won the damn thing. And Billy stole his win from X-Pac. If this thing was seeded, they would both be out on their ear in the first round. With that said, it’s hard to pick a winner. Do you put through the guy who has the win on his record or the the more well regarded tough nut?

GG: Gunn might have to shoot Haku as a member of the Smoking Guns to beat Haku. Maybe he can ask his brother Bart to put the gloves on again and beat him in a Brawl For All?

Duan: I’m going with Haku to for two reasons. 1) I’m booking ahead – Hart vs Haku is a match Bret would make something of. 2) I just really can’t see Billy Gunn beating a Haku in a fight. There’s a believability issue there I guess.

Alan: All that said, Haku is the boss and he has been managed by both Bobby Heenan and THE GREAT Col. Robert Parker so he’s been molded by the best minds in the business. If in doubt, go with the Islander, that’s what I always say. So yeah, Bill hits a Fame-Asser and Haku no-sells (hard head), stands up to his feet, hits a nice savat kick right to the jaw and gets the pin 1-2-3.

Big D: Haku because Billy Bitchcakes, as Edge called him, never meant a damn thing past the mid-card and was buried to death. At least Haku is one of the most feared men within the business. Bitchcakes poses, Haku grabs him with the Tongan Death Grip, Billy is out… over in 30 seconds.

Don: William Gunn will hit him with the Fame-Asser, which will drive King Haku’s head into the mat. And with Tonga Fifita’s head the way it is, that Fame-Asser ain’t gonna hurt. He gets back up, and he’s angry. And you don’t want an angry Face Of Terror against you. King Tonga hits his Asian Spike and this one’s over.

Haku moves on to face Bret Hart in the next round. Our next match-up is Stone Cold Steve Austin vs. William Regal. 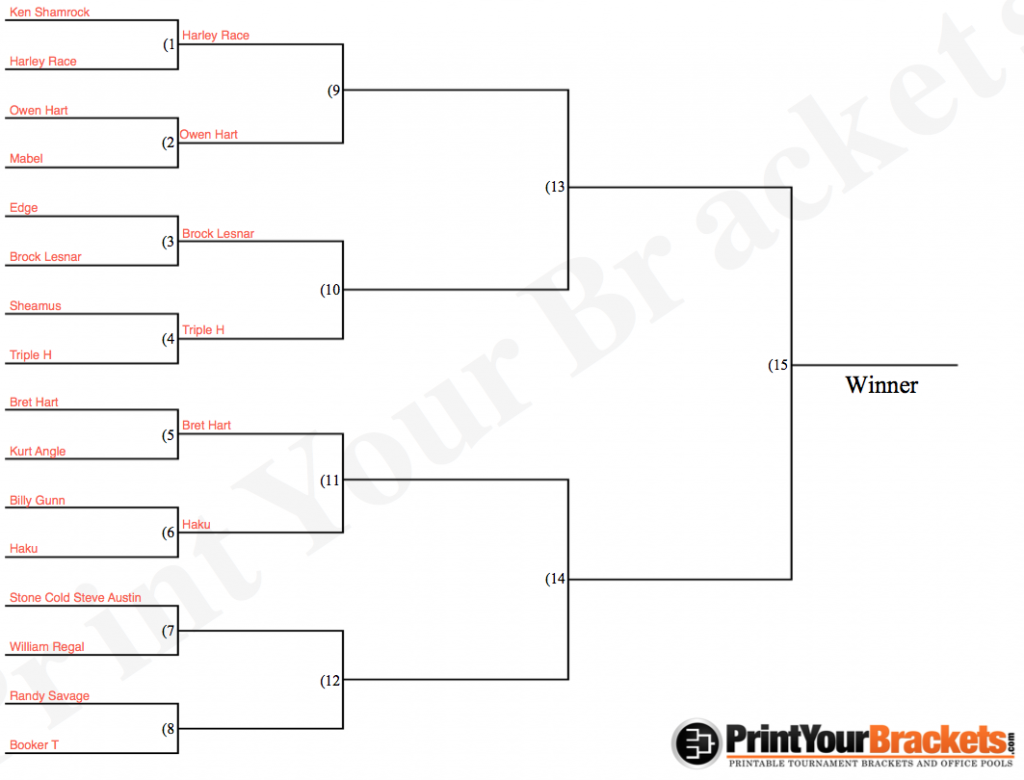