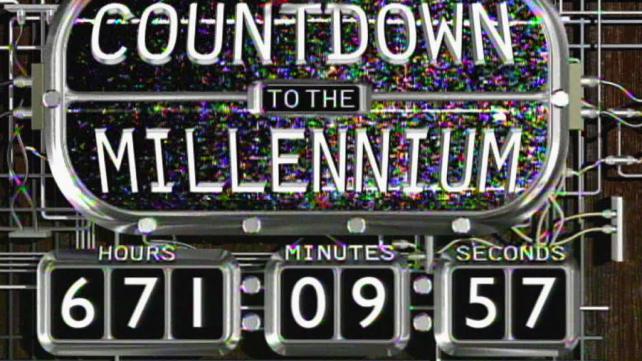 Earlier today on Twitter, Chris Jericho tweeted out that 14 years ago today, he made his Raw debut with the epic countdown to the millennium.

The clock struck zero during a Rock promo and “The Great One” and “Y2J” went toe to toe.

Being a big Jericho fan, choosing a favorite y2jmoment is a bit tough. I almost went with the time he beat Triple H for the title on Raw only to have to return the belt back. While becoming the first Undisputed WWF champion is a great accomplishment, the matches on that PPV weren’t up to his usual snuff.

My choice is going to be a bit controversial because my favorite moment is with a performer whose name and identity is persona non grata in wrestling circles. We at FGB haven’t put the ixnay on mentioning Chris Benoit. In fact, we interviewed Dina Marneris about her interview with Sandra Toffoloni several weeks ago. But I understand those who don’t like to bring him up.

However, if I have to choose and be honest in my choice, my favorite y2jmoment is when he and Chris Benoit beat Stone Cold Steve Austin and Triple H for the tag straps in San Jose, CA. I was there live with my friend and the heat was off the charts. I remember reading on Dave Meltzer’s old Observer website what the match was and thinking we could be in for a classic. And we were.

After watching that match again, there are several things that stick out. The heat was insane throughout the entire match. The last five minutes or so had to be exhausting. They were on fire for what could’ve very well been a convoluted ending and even when Triple H tore his quad, they figured out a way to make sure the story was told completely. Props to him for gutting that out. He looked to be in tremendous pain. I remember wondering what the heck happened, but didn’t know for sure that the injury was legit until later that evening. It’s maybe my favorite HHH performance of all-time.