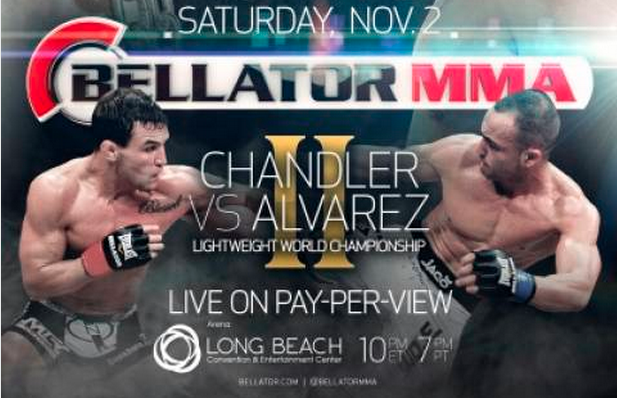 After a long contract dispute, Eddie Alvarez is back in Bellator.

His last fight was in October of 2012, which was the last fight on his Bellator contract. He then signed with the UFC, only to have Bellator match the contract, at least according to them. To the public, the contract didn’t seem to be a match. But, the situation led to lawsuits without any hearing scheduled until September 2014 which meant that Alvarez’s career was on hold.

When Bellator signed Rampage Jackson vs. Tito Ortiz on PPV, many believed including myself, that Bellator and Alvarez would try and come to agreement. There’s a natural rematch between Alvarez and the man who beat him for the lightweight title, Michael Chandler.

Bellator has signed that match as the semi-main event for the show. While Rampage vs. Tito is the headliner, Chandler vs. Alvarez is the match that will be most looked forward to.

Alvarez stated in the Bellator press release that he still loses sleep over his loss to Chandler in 2011.