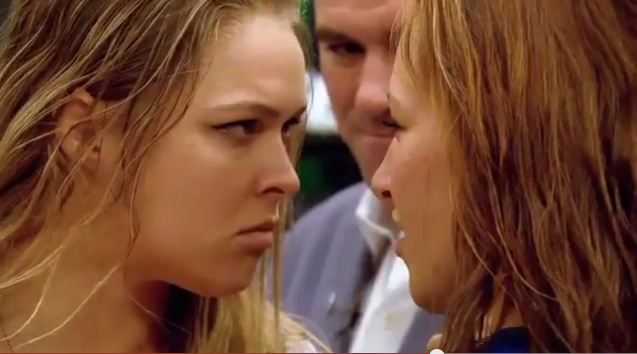 How’s that for a Ronda Rousey death stare? Rousey looks a little angry right away Miesha Tate tells her that she’s coaching and Ronda bounces out to find the scoop. She thought she was the one being replaced? She’s the $$$.

There are some other fun things that are going on in this one minute of greatness:

– Tate’s smirk, which should now be her trademark.
– Ronda snatching whatever it is out of Tate’s hands
– Dana and his smarmy smile after he says both men and women are in the house for the first time
– Ronda’s sneering coaching face

I absolutely can’t wait for September. Check out the TUF 18 preview below: