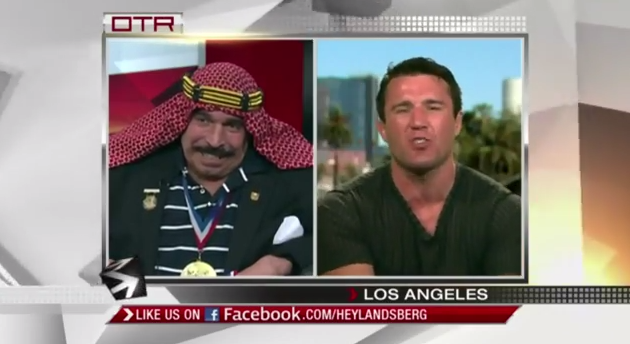 The Iron Sheik and Chael Sonnen were on Michael Landsberg’s Off The Record to discuss saving Olympic wrestling, which is one of the Olympic sports recently scheduled to be cut from the 2020 Summer Olympics.

This short 4-minute video discusses the plight to save Olympic wrestling, but also includes Chael asking Sheik if the story was true that when he came up positive on his drug test if he told Vince McMahon that was good. Then Landsberg asks Chael about his own positive drug test.

Iron Sheik and Chael Sonnen? Maybe they should form a tag team in WWE.